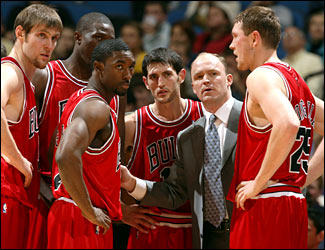 Suited to scout. (photo via www.nba.com)

Bucks: Luke Ridnour is questionable because of a sore back; Ramon Sessions could take his place.  The Bucks' PFs are healthy but Scott Skiles is staying mum on the possibility of starting Luc Richard Mbah a Moute and bringing Charlie Villanueva off the bench.

Bulls: Larry Hughes is out with a dislocated shoulder.