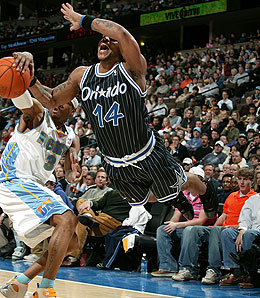 Let's keep the Magic tricks to a minimum, Jameer. (via rotorob)

Magic: Hedo Turkoglu (flu) did not play yesterday but is expected back tonight.  Keith Bogans is out with a fractured thumb.