The votes are in: Luke Ridnour > Derrick Rose, Jose Calderon, and Joe Johnson

Share All sharing options for: The votes are in: Luke Ridnour > Derrick Rose, Jose Calderon, and Joe Johnson

If you keep an eye on the all-star balloting process, you may have noticed that Luke Ridnour is a surprisingly popular guy.  A while back I saw Ridnour was the leading vote-getter among Bucks and kind of shrugged--it's not like any of the Bucks are particularly popular in the grand scheme of things, and I assumed it was just a quirk of early voting returns.

Well, we're now well into the voting process and Ridnour is still holding it down with 379,806 votes, which puts him well ahead of Derrick Rose, Jose Calderon, and Joe Johnson.  Oh, and he also has more votes than Danny Granger, Josh Smith, and Brandon Roy.  Wait, what?  Not to take anything away from Ridnour--he's played reasonably well of late--but let's be realistic.  So what could it be?  Let's go through some of the hypotheses (and leave a comment if I'm missing any):

1)  Bucks fans are stuffing the ballot boxes.  This one doesn't make sense given that the other Bucks on the ballot have gotten almost zero support.  Of the four Bucks on the ballot, only Andrew Bogut is even listed on NBA.com's partial vote tally, and he's got a mere 198,000 votes--though getting to pick only one center with Dwight Howard on the ballot doesn't help.

Neither Michael Redd nor Richard Jefferson are listed among the top 11 guards or forwards.  Given Jameer Nelson is ranked eleventh among guards with 227,000 votes and Tayshaun Prince is eleventh among forwards with 144,000 votes, that means Redd and RJ trail Ridnour by at least 152k and 235k votes, respectively.  Despite being, you know, much better and more well known.

2) There are more Bucks fans than we thought.  I almost laughed while typing this one out...c'mon.  I love my Bucks, but they haven't been particularly relevant even in the state of Wisconsin the last few years.  Moreover, the Bucks' season attendance is only 243,000 and the population of Milwaukee is only 628,000, which only further underscores the stunning number of votes Ridnour has gotten.  Besides, Ridnour might not even be the most popular point guard on the Bucks--I'd guess Ramon Sessions would take that title were it put to a fan vote.

Rafer Alston is the other obvious guy who has a bloated vote total, but most of his teammates do, too--probably thanks to all those Rockets fans in China.

3) Ridnour's old Sonics fans are voting for him.  Because he only played in Seattle before the trade that brought him to MIlwaukee this summer, Ridnour doesn't actually have a former team in the strictest sense.  And his former fans in Seattle no longer have an NBA arena in which to cast ballots for him.  Of course, most votes these days probably come from internet voting, so those old Sonics fans might be throwing him a bone...but I doubt it.  Aside from Ray Allen, Nick Collison is the only former Sonic I could find currently listed, and he's got just 105,000 votes.

4) Ridnour's old Oregon fans are voting for him.  I couldn't think of a way to specifically disprove this, so it's one of the few plausible explanations I can think of.  Maybe Ridnour has a big family. Or maybe a programmer in the family put together a computer program to automatically vote for him a few hundred thousand times. 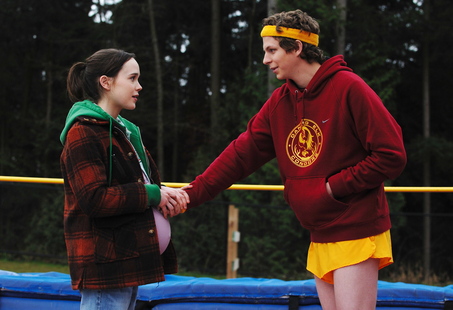 5) People loved him in Superbad and Juno.  Ah yes, the "people voting for Luke Ridnour because they think he's Michael Cera" hypothesis.  Personally, I preferred George-Michael's campaign in Arrested Development--maybe Luke's running a guerrilla campaign we don't know about.

6) It's just fans of his music.  Most basketball fans don't know it, but the dude was a hell of a drummer.

ETA: Bulls fans are not amused.