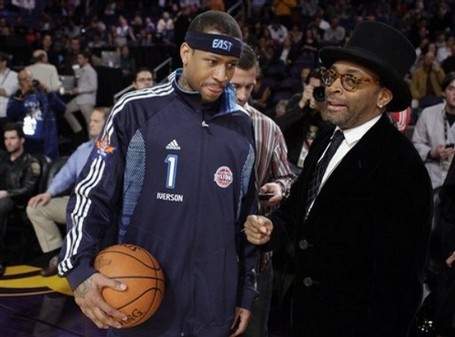 Is a haircut The Answer to a Spike in production?  (image via Ross D. Franklin / AP)

Bucks: Michael Redd is out for the season with a torn ACL and MCL. Andrew Bogut is out with a stress fracture in his lower back. Luke Ridnour is out with a broken thumb.