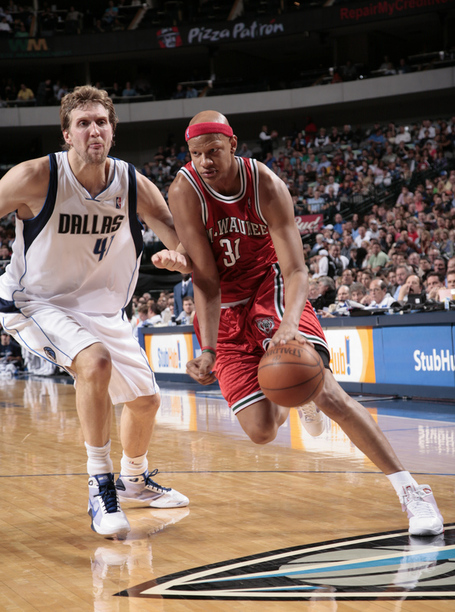 Between CV's excellence, a string of wins, Ramon's progression, routinely scoring in triple digits, LeBron's show, and a playoff race, it's become easy to forget about all that ails the Bucks.

Well, this is the type of the game that makes you remember that the Bucks are playing without two of their top players, and at the same time makes you wonder how they have managed to play so very well the last few weeks.

Dallas earned some redemption after absorbing a pounding by the Bucks in January by winning easy in Big D, 116-96. For a while, it looked as though the Mavericks would literally even the score and 35-point differential, but Milwaukee showed renewed interest in the second half for a short while, even cutting the deficit from 25 to 11.

Josh Howard (27 points, 7 rebounds, 5 steals, 3 blocks) stuffed the Bucks and the stat sheet for Dallas, and Jason Kidd (6-7 from the field, 2-2 on threes, 5-5 from the line) had one of those night shooting the rock. The Bucks also had no chance against Brandon Bass (18 points, 11 rebounds, 4 blocks), who was an absolute force off the bench.