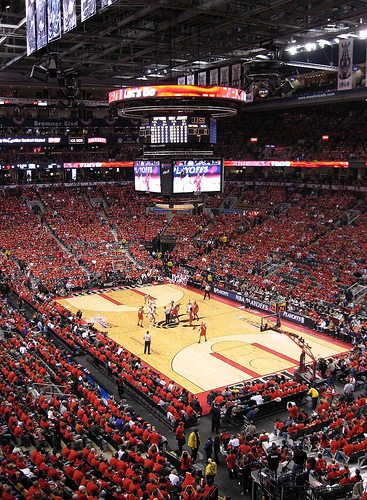 Bucks: Michael Redd (torn ACL and MCL) and Andrew Bogut (stress fracture in lower back) are out.  Luke Ridnour did not travel with the team because of back spasms.

People's expectations have changed a lot, but one player still looks like more of a recent disappointment than the other based on that. In any event, neither is offering a lot of offense lately. Though there had been hints that Ridnour might reclaim the starting spot, he won't even be available tonight because of back spasms.

So, who else can step up? Charlie Bell is probably the only other hope. He was rather excellent in February, but is shooting 1-12  (.083) in the past three games. Yes, that three at the buzzer against Boston constitutes his only basket. Eleven more games (in which the Bucks probably must go at least 7-4 to have a playoff chance) without Redd or Bogut is a tall order for a team short on players.