When the Bucks drafted Brandon Jennings, we knew exactly what we were getting; a player that gave us no idea of what we were getting. A high school dynamo who passed on Arizona to play in Rome, put up less-than-stellar numbers in Europe, entered the draft when his stock was nebulous, eventually landed in Milwaukee, where exciting young players go to die get traded or leave in FA.

Brandon Jennings is nothing if not exciting. His confidence, swagger, and flair for the dramatic have already showed up in the NBA's Summer League in Las Vegas. His first game was iffy, but his second game showed dramatic improvement. And his third game? His play was almost indescribable. Remember the episode of Chappelle's Show where Charlie Murphy played basketball against Prince and The Revolution? That's how Jennings played yesterday.

But who is Brandon Jennings? I don't mean that in the literal sense; we obviously know who he is. But what kind of player is he?

We don't need to delve into his talent, nor do we need to rehash his flawed mechanics, his erratic defense, and his sometimes head-scratching shot selection. We know his pros and cons as a player, but we have yet to see what kind of player he will be.

Answering that question is one of the toughest in sports. If it were easy, then you and I would be Directors of Scouting for our beloved Bucks. We try to use player analogies, like "the next Jordan" or "the next Shaq" and some nonsense like that, but it almost never works. That's because every player is different with their strengths, weakness, skill sets, and experience. I mean, come on, calling Ricky Rubio the next Pete Maravich is more than a little ridiculous.

When those don't work, we turn elsewhere. It might not be basketball, it might not even be the same sport, but anything that can help figure out what we can compare our guy to. With Brandon Jennings, the basketball player analogies have been all over the place; from Isiah Thomas and Allen Iverson to Stephon Marbury and Sebastian Telfair. And Jennings has shown traits shared by all of these players, both good and bad. No answers there. 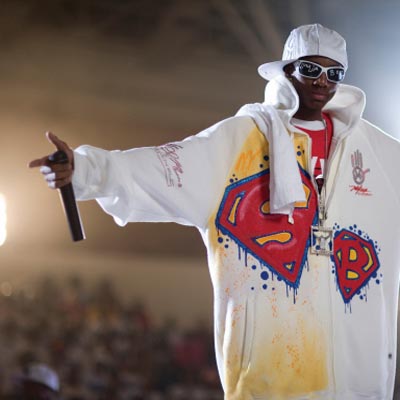 A few have compared Jennings to Soulja Boy. Both are skinny kids with an enormous amount of swag. Both know how to make an entrance. They're young, flashy, and they'll let you know about it. Some love this comparison. Some don't. Kind of like peoples' opinions of Jennings himself.

But I'm going to diverge from this particular hip-hop(-ish) reference. Not that I don't like Soulja Boy. But the only other NBA player he's been connected to is DeShawn Stevenson. And no offense, but... 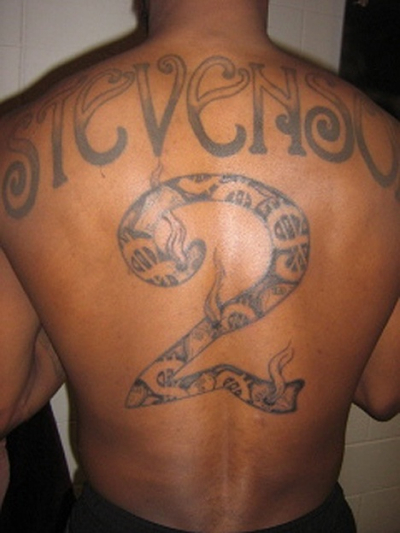 ...I want more than DeShawn. No, it isn't Soulja Boy that Jennings reminds me of. I prefer an artist with talent, but still the same type of brash in-your-face mentality that Jennings has become notorious for. My answer? 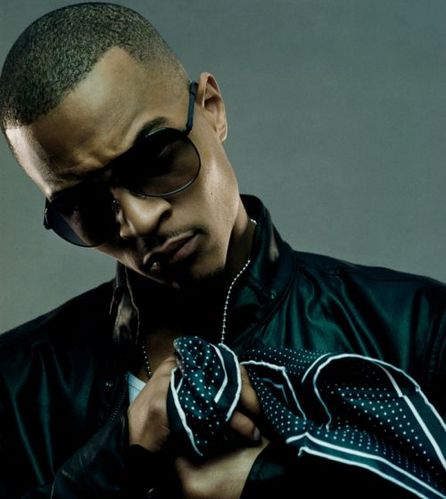 The crown jewel of Grand Hustle himself, T.I. The persona is almost a perfect match: proud, fast, brave, all with an air of confidence disguised as arrogance (and vice versa). The look is even eerily similar; he (like Soulja Boy) is a skinny guy, just like Brandon. But he's feisty. Convicted felon-level feisty. Obviously, Jennings isn't at the point T.I. is, as he isn't trying to buy illegal weapons with suppressors out of the trunk of a car (hopefully he avoids this particular pitfall of the comparison).

But more than anything else, the comparison fits Jennings best when viewed through the lens of T.I.'s 2007 album, "T.I. vs. T.I.P." If you're a fan of rap and you've not listened to this album, I suggest you give it a try. It took me until literally today to appreciate exactly what he was trying to do with it, and when the light bulb comes on, you can see just how clever it is.

Anyway, the reason this album fits with Jennings is because Jennings is seen one of two ways. On the one hand, he's T.I: the trailblazer that decided a year in Europe would better prepare him for the NBA than a year in college. He was able to learn how to play with a team-first mindset and utilize his outrageous passing skills. On the other hand, he's T.I.P: the kid who transferred to a basketball powerhouse in Virginia and chased the money to Europe instead of learning American basketball at home. He's a baller who depends entirely on his athletic gifts, constantly looking for his shot, and will make bad decisions to make it happen. 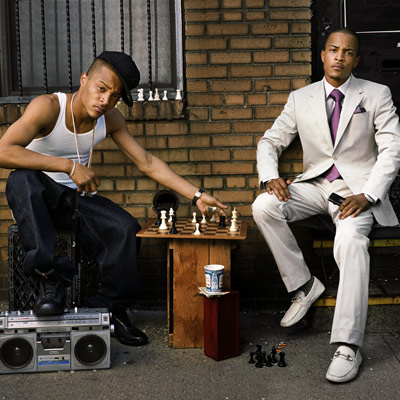 These views are quite like those reflected on T.I.'s album. On the one hand, he's the suave, sophisticated rhymesmith who uses his Southern twang and natural flow to put together chart toppers. On the other hand, he's the rough, dangerous drug dealer who is prepared to handle whatever comes his way with extreme prejudice. These personas clash constantly, and it's something that the artist has to deal with.

Both views are valid because they're equally true. No matter what he says, Jennings is responsible for both of the good and bad aspects of his game. He's simultaneously a good teammate and a bad teammate. The difference is just as far apart as the distance between a Grammy-winning rap artist and a self-proclaimed seven-time felon (the actual felony count is one; everything else has either been a misdemeanor or reduced due to cooperation).

So which is it gonna be: the baller or the basketball player?