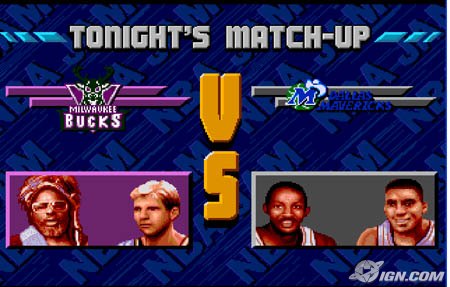 What is more right than George Clinton and Brad Lohaus? (image: ign)

That's a trick question. And really, during a week like this, we need an upper: NBA Jam is making a comeback.

Skeets alerted me to the fact that an updated NBA Jam will be released on Wii. This is pretty swell news, and the obvious question is: Which splendid tandem of Bucks do you want to play the game with? Ziller at Fanhouse and Brad Graham at SLAM are already all over this. EA Sports is actually letting fans vote for the players they want in the game, but the Bucks aren't on the clock over there yet.

So many possibilities, all of them peachy in their own way.

There are some themes to these teams, and I wanted to include everyone... everyone.

Feel free to form your own tandem in the comments.