The Preseason is under way, but that doesn't change anything for this little writeup of mine.  Except a certain someone is no longer with us.  A VERY important someone, mind you.

Notice anything different?  If not, I can't necessarily blame you. But the way I see it, there is a large void created by the absence of Tiny Gallon, who was waived by the Bucks last week.  Yes, Tiny's humorous anecdotes and ever enlightening tweets will be sorely missed, even if he only had the spotlight shown on him for one full installment. I wish the best to him.  This also marks the first time a player has been dropped from the list of Bucks tweeters.

A Delfino and his Dog

Delfino, one of many injured Bucks warriors, somehow manages to tweet with a removed toenail...wait, what?

Carlitos' dog apparently goes by the name Bongo,  And it just so happens that the last few days in Milwaukee have had very good weather. 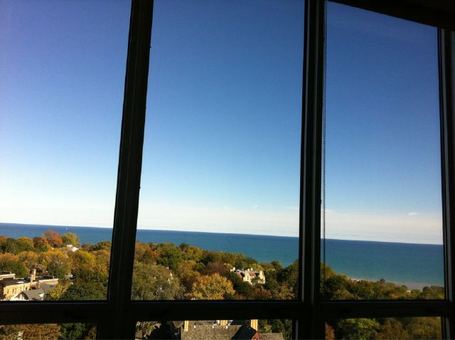 Lake Michigan for the win. Still feels like summer, as a matter of fact.  Perfect weather for taking Bongo for a walk.  Bongo, apparently, disagrees, and is more interested in the world's favorite past time, sleeping. 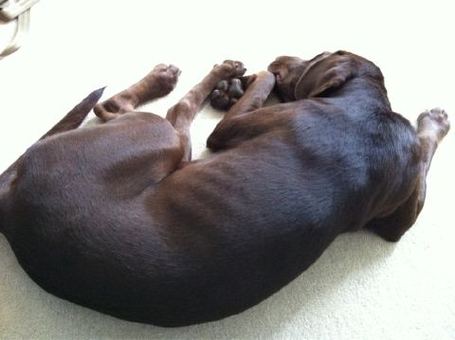 Bogut gets some Kobe, new Squad six additions and Delfreezy

Going to the best place for Kobe beef tonight for dinner. The best!

Good one with the lakers jokes good to see i have alot of high schoolers following me :)

Not sure entirely what he means but... be nice Andrew!

Also, Squad Six auditions were about a week or two ago, but that doesn't stop Bogut and the Bucks from doing another round of fantastic auditions.  Keep 'em coming guys!

Did you miss the first @SquadSix audition? Fear not! #Squad6 Auditions return on Tues Oct 19th – registration starts at 6:30 @ BC!

Also, Bogut teased Delfino a bit, as it is clear he does not share Carlos' native tongue:

Judging by some of his postgame interviews, I'm not entirely sure myself...Heh, just kidding.

This one is allllll the way back from the very first preseason game. Sigh,  It feels like it was just last week.

Go easy on 'em, past-Bogues.  I'd be nervous too If I was on the same team as the Brockness Monster.  Well, by now that "rooks" is no longer plural, but hey, you get the picture...

It's all about the "chemistry":

Everyone needs to follow my teammate @ghostC5M . Good dude and great teammate. Wait until he gets back on the court... Then it's over!

That last sentence could be taken many different ways.

Here's the deal. If Corey Maggette doesn't get 25,000 more followers, I have to do chores all year long. Help me out and follow @ghostc5m !!

Please help! 25,000! RT @ghostC5M: Shout to my man @MrJonBrockman great guy. Don't want to have him doing duties this year read his message

Man, Nessie is so kind to help a brother out like that.  Doesn't want to see him get beat up [knock on wood].  Even the wildest of beasts can be merciful at time. Haha, just kidding, he's going all out on him if he doesn't get to 25,000 followers.

We all by now know the storyline, Tiny and Brandon were good friends, and that's the only reason they drafted him, blah blah.  To the people who were concerned about Brandon's reaction to Tiny possibly not making the team:

ZZZZZIINNNG!  And, now that Tiny's not in the NBA officially anymore, he can now be a bit more free with his Twitter account, which is filled with even more crap now, including excessive swearing and getting into arguments with random people.  Ah, you lovable rapscallion, you.

Remember when Brandon jokingly brought up that he wanted to create his own big three? 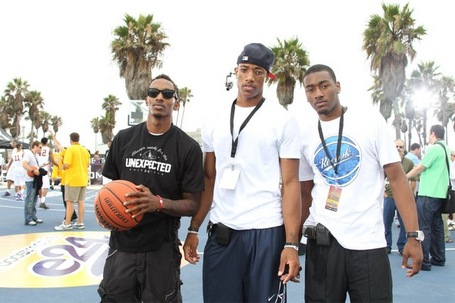 *salivates at thought of Jennings-Wall backcourt*  ...Oh, yeah, and DeRozan is in there somewhere too.

The amount of tweets being manufactured by Chris Douglas-Roberts has, true to his sad, sad, word, slowed down dramatically over the last week of two.  Nevertheless, he hasn't completely given up on Twitter yet (Thank God).  He seems to take these games seriously, no matter how you spin it.

Of course, another minor storyline to the preseason game against Detroit (can a preseason game have story lines?) was CDR returning to his hometown.  Judging by a lot of his tweets, he takes pride in his town a lot, so he probably was a bit surprised by the reaction he garnered at the Palace:

& the home crowd boo'd me tonight. Hahahahaa. I bet y'all won't do that anymore. You're lucky I didn't play the 4th b/c it's preseason.

It's great having @mbahamoute guard me in practice. He's top 5 best defenders in our league. He's going to make me better all year. Yes yess

I'm really unsure just how good of a defender Moute is.  Top 5 defender I'm not quite sure of, possibly at SF.   Obviously we will know just how much the Bucks value his defense in the upcoming months/years.

Speaking of CDR's striving to get better: