This is Twitter notes, "Regular season edition."  I'm not quite sure what that entails yet, but it's a responsibility I'm willing to take. I know what this DOES mean is that players will probably (emphasis on probably) be tweeting less about random tidbits of their daily lives and more about basketball...but I'm not holding my breath.  I'm looking at you, Brandon Jennings.

Just a small tidbit: Drew Gooden last season had a Twitter account, but for whatever reason he deleted it. Well, now you can at least access it, but there is no activity on it.  Shame shame.

The fall of society

I think i can safely say that Larry Sanders is a smart man. He's already providing valuable social commentary.

Wat is this world coming too?! 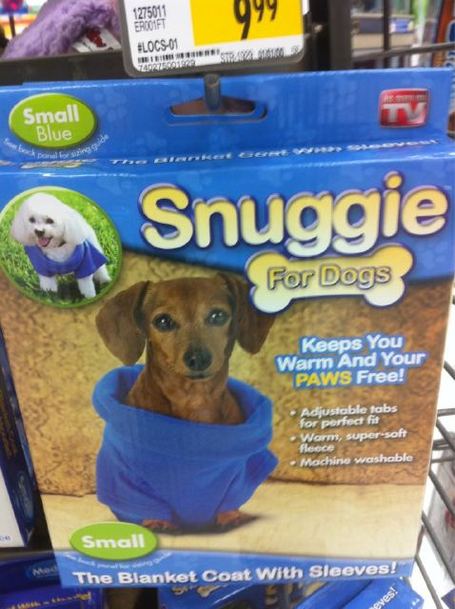 THE HORROR (and I mean that with absolutely no sarcasm).

Apologies in advanced to all the BrewHoop readers who buy Snuggies.  I'm hoping that is a very small demographic.

I think we've all noticed by now Corey Maggette's....out of the ordinary, to say the least, performance against the Timberwolves this preseason.  I would like to think that our starting center did as well:

Tough loss in ot. Real thing is just around the corner. @ghostC5M is a wrecking ball!!! He sent Brewer ten feet + on a drive haha!

I prefer the term 'bulldozer,' but to each his own I guess.  Corey had something to say as well.

Ouch. You're about 100 pounds off there (actually, exactly 100 pounds), but we get the picture----he's really skinny.

With the concerns about chemistry in the early going, from this I can conclude the following: Andrew Bogut and Corey Maggette don't hate each other.  I think that'll do.

I don't know, I would have preferred Brandon to look less like Amare but that's just me.  They've done one of these for every team, so be sure to check them out.

How anybody could DARE mess up the haircut for the Brockness Monster is beyond me, but apparently he just isn't feared enough.

So I just got my haircut and the lady took out a huge chunk out of the top. Good thing I'm a nice guy, she was terrified! #needanewbarber

Even when he's nice, he scares people.  That takes serious skill.  That lady better not come to the BC this year if she knows what's good for her.

Tried fixing my hair cut on my own. Going to have to let this one grow out folks. At least I didn't mess it up anymore than it already is...

Well, props for trying.  I'm  sure whatever it looks like it's only going to intimidate your enemies more. [Is this the real reason he hasn't been traveling with the team? - Frank]

Just judging by the tweets sent to him from other players, Ol' Carlitos seems to be the target of much good-natured teasing around Bucks HQ.

Not the first time a Bucks player has said something of this affect to him. LEAVE CARLOS ALONE!!!! /Chris Crocker

@BLKICE3 I should start tweet more in English...BUT... do I have fans that want that?do I have Americans fans?wanna see...

I think It's time to shed some light onthis: Carlos, you have all the American (and Australian) fans you ever need on BrewHoop.  We are all proud card carrying members of the Carlitos fan club.

I'm not sure what he means by 'making a ballot,' but winning a Carlos Delfino jersey is never a small endeavor.

CDR and BJ: Coming to a haunted house near you.

I think I may go to a Haunted House this year. Whatever city we're in. Me & @BLKICE3 are coming to your haunted house.

And I believe CDR echoes many of our sentiments here:

Preseason is officially over & I couldn't be happier. Let's get this show on the road. Yes yess! The NBA season is upon us.

You can't see me, but I am nodding my head emphatically.

I spoke @ this school in Detroit. I gave them my BEST shii! When I was done speaking, all the questions were like "how much yo watch cost?"

That actually is kind of sad, really.  I don't know how old these kids are, but then again depending on the location of the school they might not be used to seeing  this kind of wealth.

With my kids,it's going to be mandatory for them to read & learn more than they watch TV.A lot of channels will be blocked too.Like Disney.

CDR is layin' down the law in his household.  And of COURSE you'd block the Disney Channel.  It's like a direct stupidity pipeline to your brain.

And now, on to some...less heartening stuff.

It's official.I'm wearing the prescription Urkle sports glasses for the rest of my career.My vision was already poor but this made it worse.

Wow.  Rest of his career?  I don't know if that was hyperbole or what, but hey, if it helps him not-go-blind then It's all good.

Not the Horace Grant goggles.The sports glasses like Amare wears.I could lose my vision in my right eye if something else like this happens.

I have a feeling a half blind CDR isn't going to have as good "court vision" as a full vision CDR, so this is probably for the best... but I also have a feeling that he's secretly enjoying wearing these things.

Just one quick thing I'd like to mention before I wrap this up: The Bucks, as part of their "Fear The Deer week" are allowing you had a Fear the Deer "Twibbon" to your Twitter or Facebook profile picture. Basically all it is is a little banner at the bottom of your picture, in this case one that says "Fear The Deer".  You can check it out here.

(And yes,I'm mildly disappointed that none of the Bucks players have done this yet)