Share All sharing options for: Bucks 92, Bulls 83: Where... something happened 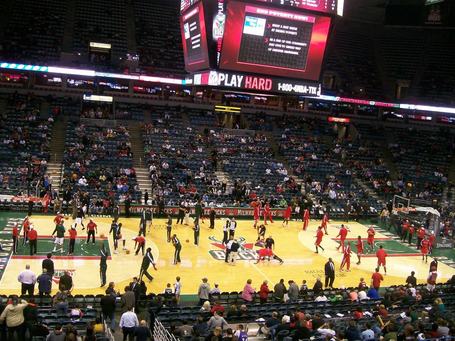 In a battle of Central Division favorites, the much-ballyhooed matchup pitting the rival Bulls and Bucks lived up to its fantastic billing. The imposing frontline of Brian Scalabrine, Omer Asik, and James Johnson couldn't break through against the impenetrable resoluteness of Earl Boykins, Chris Kramer, and/or Brian Skinner, and company.

There are seven more of these: Don't get carried away by any one of them.

So NBA in early October is not the same (or vaguely familiar) as NBA in early May. But 157 days later, the Bucks were back playing ball at the BC, and that was nice.

Nine points for the nine-point win...