We're already here, to the first post of the new season.  I'm dedicating this post to Drew Gooden, because I can, and because he gets no love. Shame.  I'm also starting a campaign to get him back on Twitter.  You heard that right.  Twitter or bust!   Unfortunately I know how much everyone loves him to death so I'll stop talking about him.  After all, he doesn't have a Twitter.   Only then can he earn my respect  Oh, and the Bucks aren't 1 and 4, that's a myth.

Will Drew Gooden be added to this list?  Stay tuned. 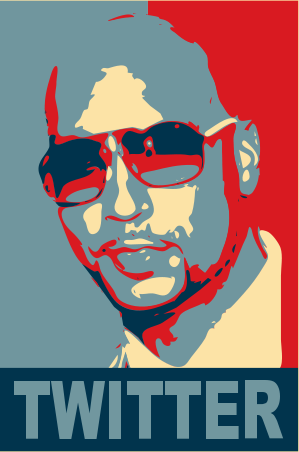 Jon Brockman likes Christmas tunes, and more things you absolutely have to know to have a fulfilling life

The greatest thing about November 1st is that I always bust out the Christmas tunes! To early? I think not. Tis the season!

Really?  Already?  It's still November, right?  I mean, I like Christmas and all, but there's only so much cheesy Christmas music a mind can take.  It's a proven scientific fact.

The Brockness Monster may be letting his guard down, but then again he's playing for a team whose team colors just happen to be Christmas colors.  "It's always Christmas in Milwaukee."

So apparently even though the Bucks organization has cut ties with Tiny Gallon, the players themselves have not.  The'y are still interacting with Tiny on Twitter every now and then.  He's like a bloodsucking parasite, sent by the Celtics to suck the "Work Hard, Play Hard" out of the Bucks.  Therefore, I can conclude by the transitive property of Tiny Gallon, that he is responsible for the Bucks' struggles so far. 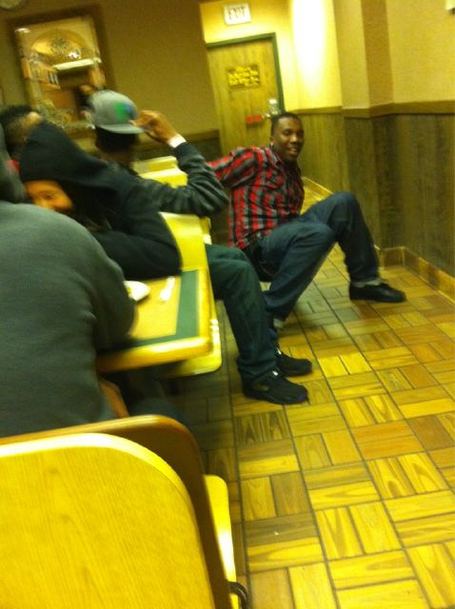 Yes, this is Tiny Gallon break dancing in a restaurant, apparently CDR and Larry Sanders were also at the scene of the crime.  I'm sure I could reach for some joke about the restaurant and Tiny's unusually high amount of carbohydrates, but I'm feeling lazy today and will let you guys do the job for me.

Brandon feeling a bit gibberish-y (see what I did there?)

So yeah, all the way after October 29th when the Bucks chugged out an overall garbage game against the Minnesota Kahnwolves, Brandon expressed all of our feelings.  Take it away.

Elegant. Shakespear would be proud.

He's also apparently searching for his song-- That is, a song to be played after he scores.

Last year the Bucks had all sorts of sound effects for when certain players scored, such as a duck quacking for Luke Ridnour (Oregon Duck) and the Galaga theme for Kurt Thomas.  Any suggestions?

I'm going to let Miami slide cause it's the first game..... They will figure it out they got a lot of talent... But damn Boston Is good....

Do I even have to make a comment on this one.  He certainly found out just how good Boston was... Oh, and you're lucky Miami, Yung Buck let you off the hook this time. He's keeping an eye on you.

That loss is on me Milwaukee.

This was posted after the NO game, yes that game.  You could say that game was on a lot of players, but Bogut's missed FTs certainly didn't do the Bucks any favors.  I don't blame him, that being said.

Dear Twitter, please make an option and suggest #doNOTfollow and give me a list of ppl. There are some absolute morons on here. Thank you!

Bogut is experiencing the Dark side of Twitter- That is, 90% of it.  It would go down by 20% at the least if Drew Gooden joined Twitter, I can assure you that.

When I got this tat on my neck,I said right then & there,its either NBA or bust.I threw out my chances of getting hired anywhere on PURPOSE.

Woah.  I guess you could call that dedication, but what is the tattoo on his neck anyway?  What could be so horrible that it could ruin your chances of getting a job everywhere? ...Don't answer that.

I leave you with this to remind you why we should be glad Tommy Heinsohn isn't our color guy.

(And Drew, WE WANT YOU...To be a part of a social networking site that is slowly taking over the world)