Dynamic Duo: How far can Bogut and Jennings take the Bucks?

Share All sharing options for: Dynamic Duo: How far can Bogut and Jennings take the Bucks? 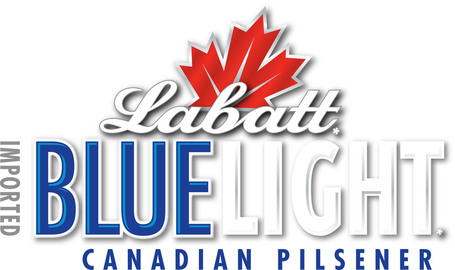 This post is sponsored by Blue Light. The Blue Light Refreshment Duo are throwing a massive party in their Refreshment Headquarters and they want you to be there. You could be one of the lucky guys who rocks the snowy outdoors by day and parties with the Duo and the Blue Light Girls by night. Just go to refreshmentduo.com to find out more about how to enter to win a ticket for you and a friend.

If there's one certainty about the future of the Milwaukee Bucks, it would seem to be the long-term presence of Andrew Bogut and Brandon Jennings. Compared to where the Bucks were a couple years ago--or even a year ago when Jennings was still a struggling 19-year old backup in Italy--that's something to feel very good about. But relativity has a way of distorting the big picture. Are Bogut and Jennings good enough to build a title contender around? Or should Bucks fans continue to temper expectations until a "real" superstar turns up to save the day? Read on after the jump, vote below, and let us know your thoughts in the comments.

It's no secret that the Bucks as of right now still lack a championship-caliber "superstar," but it's your view of the future of Bogut and Jennings that probably has the biggest effect on how you want the Bucks to build going forward. That raises two interrelated questions:

1) How high is the current roster's ceiling, namely a squad built around the Bogut/Jennings pairing?

Your answer to the ceiling question probably depends mostly on how much you like Jennings' future and how optimistic you are about Bogut's ability to stay healthy. If you think Brandon's the second coming of Isiah Thomas, then you feel pretty good about the next decade of Bucks basketball regardless of whatever other paranoias you may suffer from. And you feel even better if you also expect Bogut to shake off his penchant for season-spoiling injuries and return to playing 75+ games per season going forward. I wouldn't bet the farm on either scenario, but both are distinct possibilities.

My reaction to the Bogut/Jennings core? Well, the fact that they've already been winners in Jennings' rookie year is a great start, but developing into a true contender will likely require more than just incremental improvement, particularly from Jennings. Winning 46 games with a young squad is nice but hardly guarantees long-term success--chemistry, coaching, and the ability to keep key pieces together are always shrouded in uncertainty. In fact, you could argue that contributions (on court and off court) from role players like Luke Ridnour, Carlos Delfino, (and to a lesser extent) Jerry Stackhouse and Kurt Thomas were just as important to the Bucks' success as Jennings' mature-but-still-extremely-inconsistent rookie performance. And I'd say the unsexy role players are often the major differentiators between the 30-win lottery teams and 45-win teams that create havoc in the playoffs.

That said, without a superstar you're likely going to need at least two and probably three guys with more modest (but still legit) star credentials--in addition to a killer supporting cast. As far as the dynamic young duo goes, the Bucks are actually doing OK in the grand scheme of things. The Bucks might not have a LeBron, Dwight, Wade or Durant, but only a handful of teams can claim to have more than one current or potential all-star under the age of 25. OKC boasts Durant/Westbrook (and a handful of lesser but still promising talents), the Bulls have Rose/Noah, Memphis has Gay/Gasol (and Mayo too), and Atlanta boasts Horford/Smith. The fact that none of those clubs has emerged as title contenders speaks to the challenge of winning it all with a young core, but we also shouldn't forget that all of those teams did pretty well on the court a year ago (and all but Memphis made the playoffs). Aside from the Durant-led Thunder, each team has broken through with a combination of its young duo and at least one major veteran presence (Luol Deng, Joe Johnson, Zach Randolph, and John Salmons), but there's still plenty of work for each to do going forward.

2) How should that impact the Bucks' strategy in the short-term and long-term?

So do the Bucks go full steam ahead with their assumed cornerstones at the point and pivot, doing whatever possible to add or retain complementary pieces such as Salmons, even if it means sacrificing long-term cap flexibility? With continued prudence and simply adding good role players can the Bucks become regular 50-game winners? Or is it all a bit futile until a real superstar comes down the pike through some combination of good fortune and good financial planning?

Unless Jennings takes huge steps to becoming a top five point guard, I'd argue the Bucks probably don't have much hope of contending with Bogut and Jennings as their top twosome. That's also implying Bogut doesn't take any more huge steps forward himself, but after his breakout season in 09/10 it's somewhat difficult to imagine him making another significant leap unless he suddenly gains a consistent mid-range jumper and the ability to make free throws at a good clip. To be honest, I'm OK with the healthy Bogut of 09/10 delivering me 16/10 and two or three blocks per game for the next five to eight years.

That dour assessment of the Bucks' title aspirations isn't meant to be depressing, even if the ultimate goal of all franchises is to win a title. Team always face the challenge of both dreaming big ("We want to bring a championship to Milwaukee!") and acting pragmatically and incrementally, and for most of the last decade the Bucks haven't had the luxury of worrying how they were going to find the missing piece for a championship. In a league where (unfortunately) only a handful of teams can claim to be legit contenders each year, that's just reality.

Those cynical about Jennings and Bogut would probably prefer the Bucks prioritize swinging for the fences in the draft and free agency, but we also know that there's no real playbook for acquiring a game-changing superstar. For that matter, let's not act as though only the pessimists think the Bucks should add a superstar--obviously that's something everyone wants. And while you can't fault the Bucks for thinking short-term with options like Salmons and Luke Ridnour--especially if they don't have to commit major dollars going forward--what about all that long-term financial flexibility we keep hearing about? If the Bucks can't sign a marquee free agent--and let's be honest, being in Milwaukee always adds some degree of difficulty no matter how good the team is--then is it really worth saving money for a rainy day?

I'd argue it still is, if only because it allows the Bucks to be more opportunistic trade partners and prevents the kind of "good enough" attitude that so often encourages teams to spend money just for the sake of spending it. That's how the Pistons ended up paying Ben Gordon and Charlie Villanueva almost $90 million, and that's how the Bucks ended up giving Michael Redd and Bobby Simmons contracts worth around $140 million (!) in 2005. It's almost funny to see those numbers on paper now, but at the time it wasn't that crazy. And while you can't always "save" your cap space for next season, not spending it all shouldn't be considered a mark of failure in free agency. Think back to the Clippers' pilfering of Marcus Camby from Denver for a mere conditional second round pick, simply because they had cap space after Elton Brand left them for Philadelphia in 2008.

Similarly, this summer there's plenty of talk about Andre Iguodala and Michael Beasley potentially being available for pennies on the dollar. Neither is a superstar (particularly Beasley), but both offer examples of major talent that could be acquired dirt cheap. And while the free agent crop a year from now isn't nearly as mouth-watering, the specter of a more rigid new CBA and the usual concerns about the luxury tax could once again have teams scrambling to cut payroll. So while the Bucks could add a nice piece via free agency in 2011, the real opportunity to upgrade likely will come by using all that cap space (or before next summer, Redd's expiring contract) to absorb contracts from teams in financial peril.

The more the Bucks commit to shorter-term fixes like Salmons and Ridnour this summer, the less flexibility they have a year from now. But the benefits of cap space are always hazy at best: it's simply a means to an uncertain end, not an end itself.