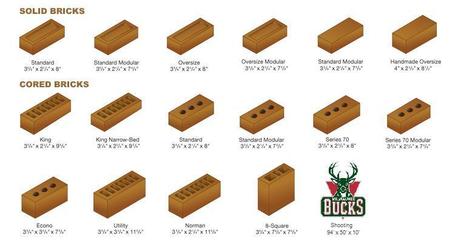 TheJay put this together a couple months ago, but it seems rather fitting now, doesn't it?

A picture may be worth a thousand words, but for the Bucks a single number summed up a long evening in Boston quite neatly.

That's 56 points from a whole basketball team in 48 minutes, as in one more than the 55 scored by Brandon Jennings by himself in a game last season. More to the point, the Bucks' output as a team in Boston on Sunday was the fewest points ever scored by a Bucks team, and the fewest points ever allowed by the Celtics in the shot clock era. Which is saying something given the Celtics have claimed an NBA record 17 titles and know a thing or two about playing great defense.

A night after stretching their win streak to three games with their most lopsided win of the season against the Sixers, Milwaukee faced the team that ironically lost to Philly on Friday night and promptly proved that the transitive property is a rather meaningless predictor of NBA wins and losses. Like the Sixers last night, the Bucks looked to have heavy legs on the second night of a back-to-back, but they also looked like a team that was satisfied with their Saturday night and lacking the urgency needed to do anything meaningful 24 hours later. Not surprisingly, Scott Skiles wasn't mincing words after the game:

"That's about as humiliating a defeat as you'll ever see. They got us on our heels and took our competitive fight away from us. We pretty much just gave into it."

And that's really the problem. We know the Bucks don't shoot well, and we know they're prone to laying eggs on the offensive end. But competitiveness is the one thing the Bucks need to have seared into their DNA, and usually it is. Tonight it wasn't there.

The Bucks couldn't have asked for a worse start, missing 13 of 17 shots in the first on their way to tying an NBA season-low with just nine points. And yet trailed by just 11 after the first dozen minutes, mainly thanks to seven turnovers by the Celtics. While the Bucks didn't do themselves any favors by missing every jump shot they took in the period, Boston also turned the screws on the perimeter, pressuring the Bucks at the point of attack and completely taking them out of the comfort zone they had found against lesser opponents over the last week. Krstic (9 pts, 11 boards in the first half) was beating Bogut on the glass and with his jump shot, and the Bucks' center only last five minutes before a second foul sent him to the bench.

But the Bucks' horror show also seemed to lull the C's into a false sense of security, and sure enough they clawed back to a respectable 25-17 after a pair of Keyon Dooling jumpers early in the second--the only two they hit in the entire half. And apparently the Bucks were content with that, because they then returned quickly to the bricklaying that got them in a pickle to begin with. Rondo and company ripped off a 14-1 run that saw the Bucks' transition defense exposed on a number of occasions, and the Bucks didn't make another shot until Bogut tipped one in with under a minute remaining. Another bucket from Bogut rolling to the rim inside 30 seconds improved the Bucks to an awe-inspiring 8/35 (23%) from the field, but even with Celtics managing just 39 points, the game was essentially over at the intermission.

How much this game matters in the grand scheme of things depends mostly on what happens next. After all, this loss means no more or less in the standings than the narrow defeat against Boston last week. But emotionally we know there's no guarantee of equivalence. So as much as these efforts can't be tolerated, the Bucks also have no choice but to bury this one and move on.  Next stop: Atlanta.

Earl Barron. Not only did Barron have nothing to do with the Bucks' catastrophic first three quarters, but he also did actual good things in garbage time. Despite playing just the final ten minutes, Barron was the only Buck to crack double-digit points, and just barely so, with two jumpers and a pair of and-ones around the bucket that guaranteed the Bucks would eclipse the '99 Bulls' NBA record 49 points.

Corey Maggette. In his first game back since injuring his knee against the Celtics a week ago, Maggette played just seven minutes, was 0/3 from the field, and made 3/4 free throws.  He also registered the best +/- on the team with a minus-three and curiously (not that it mattered) did not make an appearance in the second half.

Michael Redd. Redd was wearing a fairly nice suit on the bench, which meant he was less culpable in this defeat than anyone who actually played. That shouldn't be confused with me believing Redd will make a difference when he is healthy enough to suit up again next week, but on a night like this it's rather easy to make the "He couldn't hurt!" argument.

23%.  The Bucks scored just 22 points on 8/35 from the field in the first half, barely besting the NBA record for fewest points in a half (19) thanks to a pair of late buckets from Andrew Bogut.

38. The Bucks' 38 points through three quarters was the lowest by any NBA team since the advent of the 24-second clock.

17.  The Celtics matched the Bucks in turnovers with 17 each, but not surprisingly Boston was the more opportunistic team with a 17-8 edge off turnovers and a 12-6 edge in fast break points.

NBA rules. Thankfully, you can be credited with no more than one loss per game played.

Progression! A night after pulling off the rare feat of beating the Sixers in every quarter, the Bucks lost every period to Boston. But hey, the offense just kept getting better each quarter, scoring in order 9, 13, 16, and 18 points. Happy thoughts!

Back to the drawing board? As much as the Bucks had been playing better ball of late, it was always going to be difficult to expect the them to pull off a win in Boston, especially given the C's were licking their wounds from consecutive defeats and had an extra day of rest. So is it a big deal to lose in such epic fashion?

I'd say yes and no. On the one hand, the Bucks' horrible offense is no secret--they're dead last in offensive efficiency for a reason--so if any team can cope with a bad shooting night it should be the Bucks. But by the same token, the Bucks have no business being this bad offensively--I'm talking about the whole season, not just tonight--and it's nights like these which perpetuate the lack of confidence that seems to plague the Bucks' jump-shooters.

Swingmen. Ironically, Bogut and Jennings actually combined to shoot 50% from the field--well above their aggregate numbers for the season. But the Bucks' two best players took just 14 shots in 42 total minutes, which has as much to do with the Bucks' inept execution as the Celtics' superb P&R defense on Jennings and denial of Bogut in the post. Needless to say, the Bucks were never likely to win when Nenad Krstic (11 pts, 14 rebs) clearly outplays Bogut, but it wasn't purely a matter of Bogut playing poorly.

The lack of involvement from Jennings/Bogut meant more bricks for John Salmons (0/5 fg, four turnovers, zero points) and Carlos Delfino (1/6 fg, three points, zero rebounds, one assist), as Allen and Pierce outscored them by a combined 31-3 margin.  Just a sorry effort from the Bucks' starting 2/3 combo.

Playoff race. The Bucks have been getting plenty of help lately from the Pacers and Bobs, but it probably figures that the bad news for the Bucks tonight wasn't limited to what happened in their own game. Charlotte (in Toronto) and Indiana (in New York) both came away winners, meaning the Bucks are again 1.5 games adrift of the Bobs for the 8th and final playoff spot.