The Milwaukee Bucks jumped out to a 2-0 start to the season, and the Brew Hoop community had fun with that development. Come enjoy the best of our game thread comments.

The Milwaukee Bucks haven't started a season 2-0 since the 2005-06 season -- when they actually ripped off...*gasp*...three straight wins, so Brew Hoop readers and Milwaukee Bucks fans everywhere are a little bit excited. It's admittedly a silly milestone to even consider celebrating, as the vibe of the first few games always outweighs the actual predictive value, but we celebrated each win on its own merits. The Bucks certainly gave us reason to celebrate, too.

A blowout win over the Boston Celtics felt better than any regular season win of recent memory. Milwaukee looked dominant, which is something that has been a rare sight for Bucks fans. They followed up the beat down in Boston with an uneven performance against the Kyrie Irving and Cavaliers that hit its peak on absolutely the final play of the contest. Mike Dunleavy and Brandon Jennings hooked up on what might be the prettiest play of the season for the game-winner, and that's how the Bucks got to 2-0. Winning is fun. The Bucks are undefeated. Brew Hoop game threads are fundefeated so far this season. Check it out below.

Note: We collect the best comments (and tweets that use #BrewHoop in the message) from every game and bring them back in our Brew Hoop's Best Comments series, so get on your "A" game and start commenting. 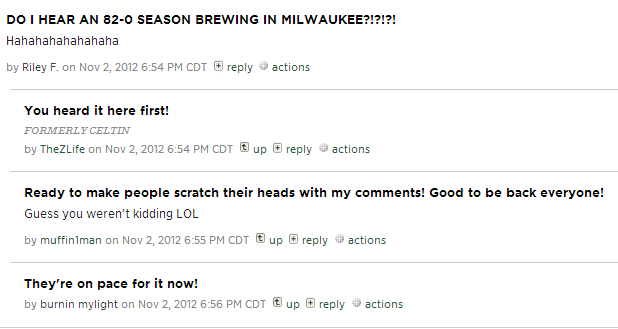 We need to step up our fat jokes game. I'm looking squarely at you, CB. Let's see if my stream of consciousness can beat you: Darko Milicic is so fat, they avoid benching him just to save money on bench repairs.

Solid theory here for why the Bucks dominated the Celtics. Bonus points for the sideswipe on those ugly purple uniforms.

"Safely out of the doghouse and renting space in our hearts" could easily be the tagline for the 2012-13 Milwaukee Bucks. Bonus points here for the Mokeski ref (video clip with a really young Mark Giangreco). 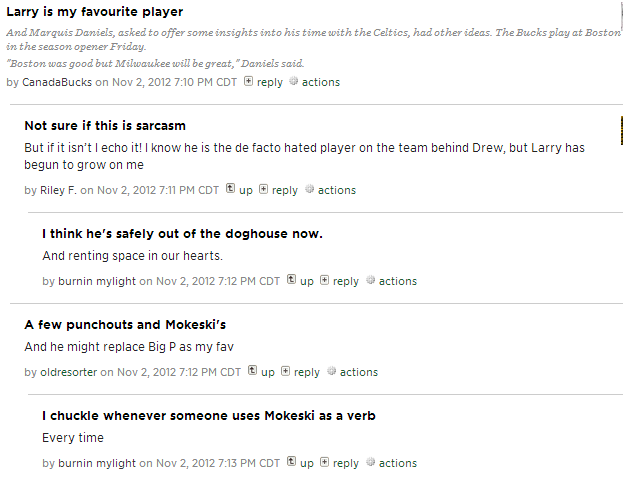 Watching Bucks games can be tough, even when things are going really well for the team.

His mouth was closed before tip-off. The Bucks were that impressive. 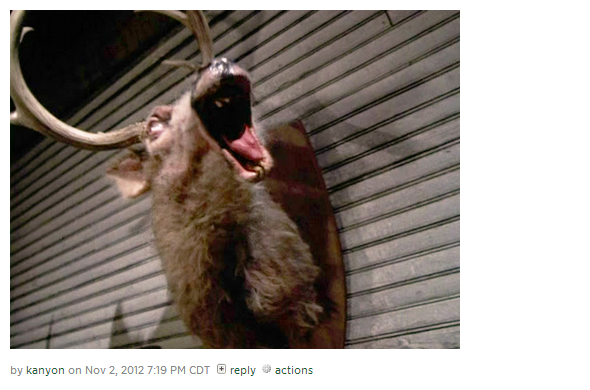 I can't tell if CB had a great night or a terrible night on the keyboard...

I spent a moment thinking about whether this comment was referring to the bench for the Celtics or the Cavaliers. Then I realized it worked well enough for either team.

Then I realized the Cavs' bench is something worse than awful. If you recite Cleveland's roster beyond Kyrie Irving and Anderson Varejao, there is a greater-than-zero risk that you become dumber about NBA basketball.

For some reason I feel like Dunleavy would actually do a pretty solid job as president. His campaign ads would certainly be a lot more exciting -- and at least as informative.

This is Mitchell Maurer's best comment of the year, but only because he hasn't made many comments. THAT'S RIGHT MITCHELL, IT'S A PUBLIC CALL OUT. HOLLER AT YOUR BOY. 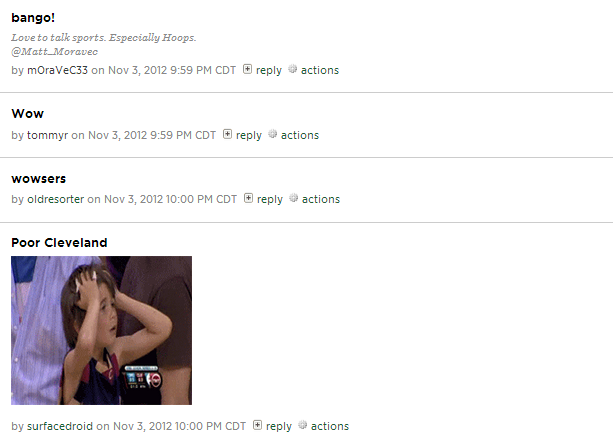