The 2012 NBA Summer League All-Star team has been announced, and the Milwaukee Bucks are represented by standouts John Henson and Tobias Harris on the squad. Milwaukee's 2012 and 2011 first-round picks looked far more advanced than most players on the court for the entire week, so they are both definitely deserving of the honor. Co-MVP honors went to Josh Selby of the Memphis Grizzlies and Damian Lillard of the Portland Trail Blazers.

If you want more analysis on Henson, Harris and other top performers on the Bucks, be sure to check out our Summer League notes post series:

If you missed any of the five games the Bucks played in Las Vegas, check out our game recaps for each contest: 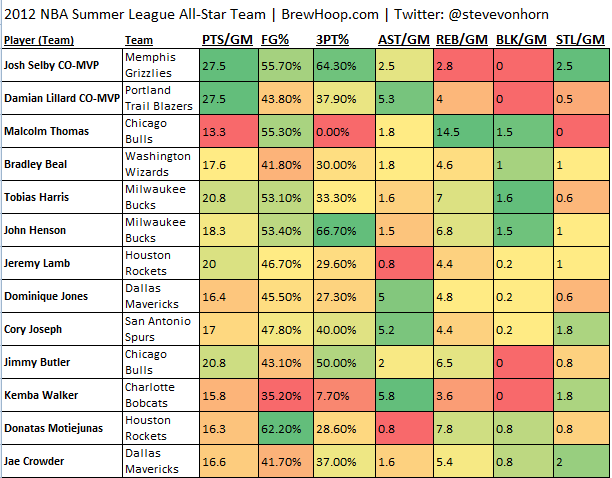