John Hollinger of ESPN has released his individual player projections for the 2012-13 NBA season. Here's a deeper look at what the numbers mean for Brandon Jennings, Monta Ellis and company.

The Milwaukee Bucks are still waiting to start training camp on Oct. 2, but the individual player projections from John Hollinger of ESPN have already arrived. Did the stats guru predict more improvement from Brandon Jennings? An all-star caliber season for Monta Ellis? Another strong season for Ersan Ilyasova? A triple-double average for Drew Gooden? I've broken down the numbers in two different ways -- (1) a portrait of how players stack up relative to each other on the Bucks' roster, and (2) projected numbers compared to 2010-11 NBA positional averages --in order to give you a better idea of exactly what Hollinger thinks is in store for Milwaukee this year. 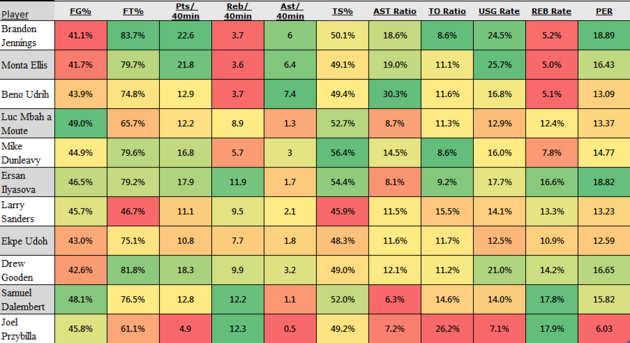 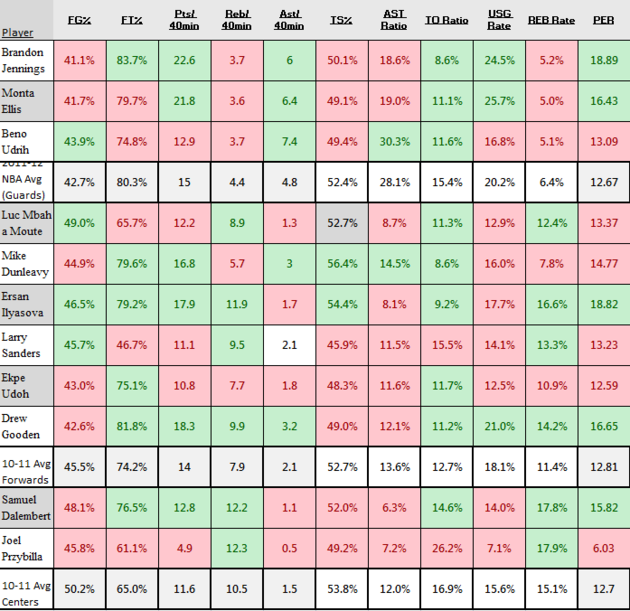