Welcome to the second installment of the Larry Sanders block party series. We are here to rank, describe and generally celebrate every block by Sanders this season.

Welcome back to the Larry Sanders block party! The top big man for the Milwaukee Bucks still leads the NBA in every relevant block statistic, so not much has changed since I unveiled the series last week. His block on Jan Vesely topped the first set of rankings, but the next set of 10 swats has shaken up my list.

Ryan Anderson of the New Orleans Hornets has now moved to the top of my victim list for Larry's first 20 blocks of the 2012-13 NBA season. The two fourth-quarter blocks on Anderson helped to seal an exciting home victory for the Bucks on Nov. 17, and both were good enough to push the block on Vesely down to No. 3.

The best trend is that 14 of the first 20 blocks (70 percent) from Larry Sanders resulted in an immediate change of possession. Here is a look at the latest 10-pack of rejections, along with my updated ranking list. If you disagree with the rankings, use the comments section to convince me to make a change. 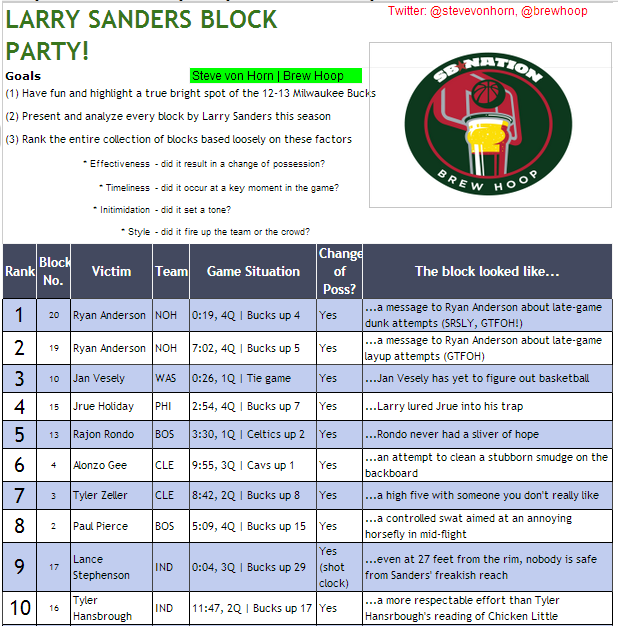 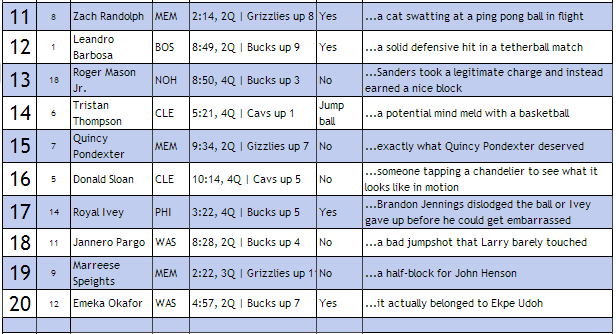