Milwaukee Bucks big man Larry Sanders leads the NBA in blocks, and he owns the longest active streak of games with at least one block in the league. Meanwhile, we will continue on with our project to revisit and rank every Larry Sanders block of the 2012-13 season.

Larry Sanders is the pride of the Milwaukee Bucks this season, and on Tuesday night against the Pistons he extended his league-leading active streak to 30 consecutive games with at least one blocked shot. Sanders has been a game-changing force on defense for the Bucks, and that's why I've chosen to revisit and rank every block he's swatted this year. Here are links to Volume 1 and Volume 2 of this ongoing series.

Sanders still leads the NBA in total blocks (128), blocks per game (3.05) and blocks per 48 minutes (5.8). Here are some additional statistical nuggets on Sanders from a recent Bucks media guide. Larry Sanders has

This stretch of blocks includes Sanders' first career triple-double. He posted 12 rebounds, 10 points and 10 blocks on Nov. 30 against the Minnesota Timberwolves -- mostly at the expense of Kevin Love and Nikola Pekovic an all regards -- which tied Abdul-Jabbar (from Nov. 3, 1973) for most blocks in a game in Bucks history.

Blocks that lead to an immediate change of possession are inherently more valuable and impactful (you want to take shots away from the opponent), and 24 of Sanders' first 40 blocks (60 percent) were immediately recovered by the Bucks. Larry has often used a controlled tap to recover the swat on his own. It's been amazing to watch. Honestly, I've been amazed.

Now, let's get to the blocks. 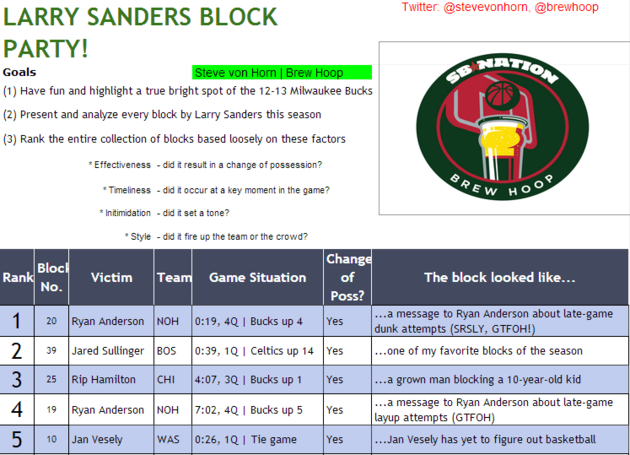 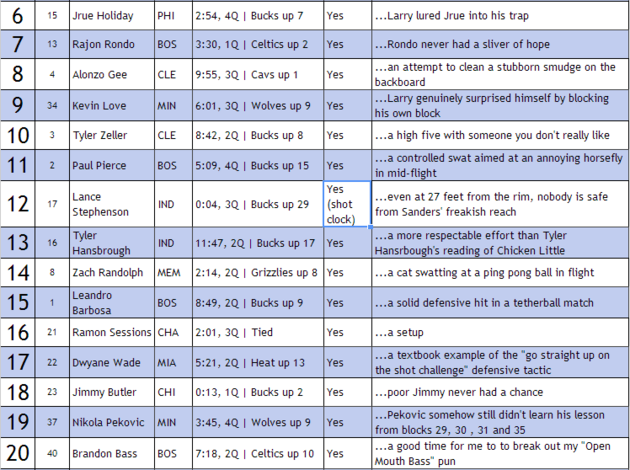 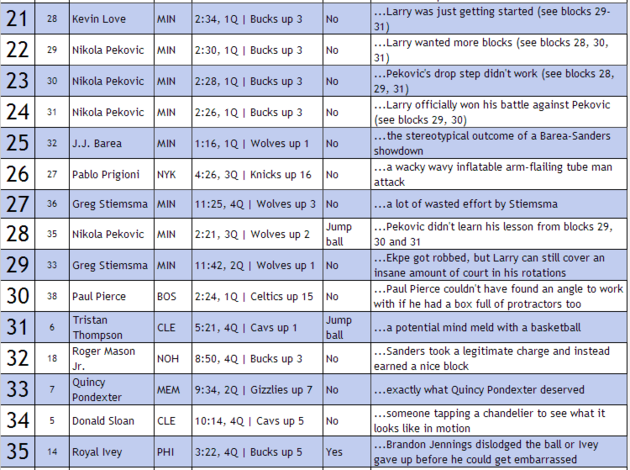