The lastest advanced stats reveal three teams sinking to the bottom of the NBA Power Rankings. The Bucks own the worst offense, the Jazz own the worst defense, and the Sixers allow opponents to shoot the highest rate of three-point shots in the NBA.

Share All sharing options for: NBA Power Rankings: Bucks, Jazz, and Sixers Race to the Bottom

With roughly 36 percent of the 2013-14 NBA season now in the books, it's fairly safe to say the Milwaukee Bucks, Utah Jazz and Philadelphia 76ers will wind up with a quality lottery pick in the 2014 NBA Draft. Each team in that trio has earned its spot at the bottom of the NBA Power Rankings.

The Bucks own the worst offense in the league (95.7 pts / 100 poss), the Jazz sport the worst defense (108.2 pts / 100 poss) and the Sixers allow opponents to hoist up the highest percentage of three-point shots (31.1% of total attempts) and also give up the fourth-highest conversion rate on threes (37.8%). Those are recipes for failure in any context, which is why they are the only teams with net efficiency ratings of -9 pts / 100 poss or worse, and why their combined playoff odds are 0.3%.

Larry Sanders is finally back in the lineup, and he may help improve Milwaukee's defense and rebounding, but the real problem lies on offense. I don't think he's going to make much of an impact on that end, and I'm not sure the Bucks can do much to improve their offense going forward. I mean, it's even hard to shoot more threes if Gary Neal can't play, Ersan Ilyasova can't shoot, O.J. Mayo can't earn more minutes, and Luke Ridnour can't be found.

In repsonse to the situation, Giannis Antetokounmpo is getting more minutes, Khris Middleton is making the most of his opportunity, and Brandon Knight is experimenting with his playmaking skills. All signs point to the Bucks prioritizing player development over wins for the remainder of the year, which would represent a welcome change in approach for the franchise.

Here's a look at the NBA landscape through the lens of advanced stats: 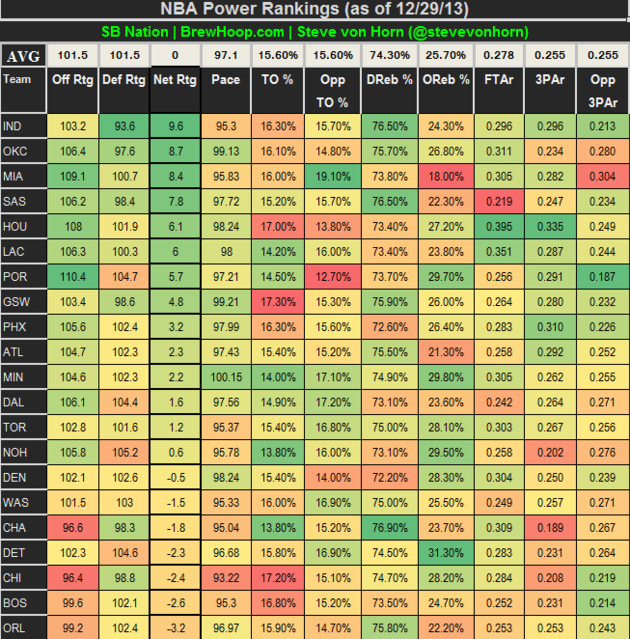 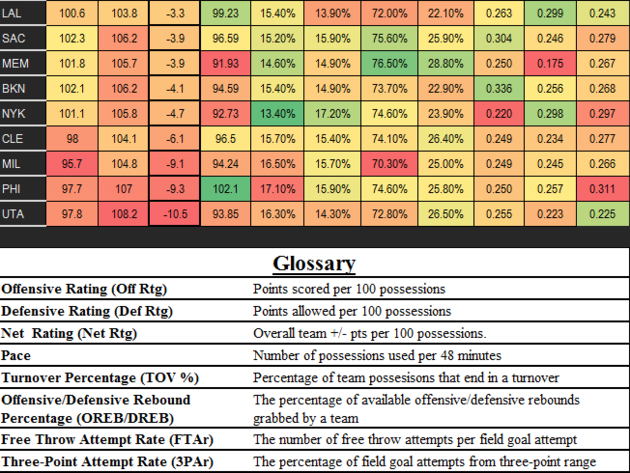 When it comes to projecting tiers in the NBA, I see things like this:

Really Good But Not Championship Caliber

Keep in mind that the benefits of finishing the season at the bottom of the standings are obvious: