The San Antonio Spurs dominated teams during their Rodeo Road Trip and earned the top overall record in the NBA thanks to 17 wins in their last 19 games. Meanwhile, the Miami Heat ripped off 11 straight wins thanks to an historic run from LeBron James.

The 2013 NBA trade deadline has passed, and now teams around the association are preparing for a final push into playoff season during the remaining 30 (or so) games of the regular season. The Milwaukee Bucks picked up J.J. Redick in a six-player deal that sent Tobias Harris to the Orlando Magic, but is it enough to move them up the ladder in the Eastern Conference playoff picture?

The elite teams in the league have emerged. The San Antonio Spurs, Miami Heat, Oklahoma City Thunder and Los Angeles Clippers are the squads I believe have a realistic opportunity to win the NBA Championship and hoist the Larry O'Brien Trophy. Those are the teams playing to win. Everyone else is playing for the sport of it.

Rather than assign a number arbitrarily to each team, I want to break convention and focus on grouping franchises into categories. I've also broken down the statistics across the league and color-coded everything, so you will have the opportunity to educate yourself on the strengths and weaknesses of every team. Enjoy.

Miami Heat - LeBron James is the best thing going in the NBA this season, and he's running away with the MVP award. That's trouble for all the other elite teams. LeBron is in the midst of an historic season (his PER is 31.65!), but he's been especially good recently. In 12 games during the month of February, LBJ has shot 64.4 percent from the field (good for an insane 73.0 TS%) and averaged 28.8 points, 7.4 rebounds and 7.2 assists. It's no coincidence that the Heat are 11-1 in February. They are a major favorite to win the East.

San Antonio Spurs - If not for LeBron and the Heat, Tony Parker and the Spurs would be the talk of the league. San Antonio has ripped off 17 wins in the last 19 games, and they've made a mockery of the Rodeo Road Trip once again. Every year since 2003, the Spurs have picked up and hit the road for their longest road trip of the season when the San Antonio Stock Show & Rodeo comes to town. The Spurs are now 65-26 in those games.

Oklahoma City Thunder - If not for LeBron James, Kevin Durant would be the talk of the league as the leading MVP candidate. KD has posted a 28.8 PER on the year and he's somehow become an even better scorer without James Harden around to help. Durant has a 65.5 TS% on the season and he's the undisputed leader of the NBA's second-most efficient offense. The good news for OKC is that they have the best net efficiency rating (+10.1 pts / 100 poss). The bad news is that their path to the NBA Finals is tougher than what LeBron and company will face.

Los Angeles Clippers - Chris Paul missed the 12 of the last 21 games for the Clippers, and the team suffered through a 6-6 stretch without their star point guard on the floor. The Grizzlies are closing in on L.A. for the No. 3 spot in the West, but the Clippers still have a top-10 offense and a top-10 defense. Don't sleep on Chris Paul and the Clips. They are still a big time player this season.

Indiana Pacers - Indy has thrived as a defensive team during Danny Granger's absence. They are the No. 1 defensive team in the league, and while Larry Sanders gets the caps lock and exclamation point treatment, Roy Hibbert has been every bit as good at defending on the interior. If Granger can help improve the No. 20 offense and mesh with Paul George while not stripping away any of the defensive dominance, the Pacers are a threat to Miami. That's a pretty big "if," though.

Memphis Grizzlies - The Grizzlies are the Western Conference version of the Pacers, but the Granger narrative shifts to the trade pieces they acquired in the Rudy Gay deal. Ed Davis and Tayshaun Prince may be able to improve the No. 19 offense, but defense is still how Memphis makes its mark on opponents. Even if the misses keep coming on offense, Marc Gasol and Zach Randolph have done an excellent job at cleaning up those messes (Memphis is No. 1 in Offensive Rebound Rate).

New York Knicks - The Knicks are still a top-5 offense in the NBA, but most of that rating is built up from an amazing start to the season where seemingly every player on the roster was stroking threes. In November the Knicks hit an insane 41.6 percent of threes as a team. That number has decline in each subsequent month, and it's down to 33.7 percent over 10 games in February. If the Knicks aren't hitting threes, they aren't really that dangerous.

Denver Nuggets - The Rockets are the only team that plays at a faster pace than the Nuggets, but Denver is the group that's more imposing because they're deeper, they have become better at taking care of the ball throughout the season, and they've upped their team True Shooting percentage each month. The offense is getting better, which means Denver is dangerous too.

Chicago Bulls - Is Derrick Rose coming back or not? That's all I need to know.

Atlanta Hawks - Josh Smith is still in Atlanta, so if they can get a good stretch out of Jeff Teague, Devin Harris, John Jenkins and Dahntay Jones it could get interesting out in the ATL.

Golden State Warriors - Is Andrew Bogut coming back or not? That's all I need to know.

Brooklyn Nets - The Nets don't do anything particularly well -- No. 12 offensive rating, No. 18 defensive rating -- and P.J. Carlesimo has admitted that Deron Williams won't get to 100 percent this season due to lingering ankle and wrist injuries. That's bad news for Brooklyn.

Houston Rockets - The Rockets are a true run-and-gun team. They leak out and play passing lanes. They like to run even off made baskets. They play fast, spread the floor and let James Harden do his thing in the high pick-and-roll. It looks really good when it works, and it looks like a crazy experiment when things are a bit off.

Utah Jazz - Utah didn't trade Paul Millsap or Al Jefferson prior to the trade deadline, so I suppose they think the team can make waves in the playoffs. The defense is in the bottom third of the league, but the offense can be good if the guards play well. I'm not sure what the Jazz want to get out of this season, but whatever it is, I don't think they will get it.

Los Angeles Lakers - Ahahahaha. All laughs aside, they could still make the playoffs if the Jazz or Warriors take any small steps backwards. Can they make any noise if they do make it? Probably not.

Boston Celtics - Rajon Rondo went down 12 games ago, and the Celtics are 9-3 over than span of games. Will it last? The offensive efficiency has jumped from 98.6 with Rondo in January to 103.9 without Rondo in February, and the TS%, AST Rate, AST/TO Ratio and TO Rate have all improve without Rondo in the mix. This final stretch run will be an interesting experiment for all the Rondo doubters in the world.

Milwaukee Bucks - J.J. Redick is on board, and he will help space the offense for Brandon Jennings and Monta Ellis. He should get an equal set of minutes in a fair world, but can Jim Boylan handle the situation well enough to keep the swag twins happy? Beno Udrih was easy to marginalize during his time in Milwaukee. Will J.J. Redick suffer the same fate?

Toronto Raptors - The Raptors suffered through a 4-18 start to the season and they should be prepping for the draft right now, but the Milwaukee Bucks have breathed life into Rudy Gay's new team by going 2-8 in their last 10 games. The Bucks were a 97 percent lock to make the playoffs two weeks ago. The Bucks' number is down to 61.8 percent, and the Raptors have soaked up all of that opportunity (31.2 percent).

Dallas Mavericks - I don't see how they can make the playoffs in the West, but they do have a chance if the Lakers truly falter.

Portland Trail Blazers - Damian Lillard is fun and LaMarcus Aldridge is still very good. However, the Portland bench is atrocious, and a strong start to the year has undermined any push into the top of the draft.

Philadelphia 76ers - Poor Sixers fans. Their organization finally worked up the courage to trade for a difference maker, and now all anyone talks about is Andrew Bynum's hair. This whole situation should make a true Bucks fan very depressed. Maybe it can't work.

Detroit Pistons - They kinda suck, but they've been a bit too good to really make it worthwhile.

Minnesota Timberwolves - They are the worst three-point shooting team in the NBA, and Ricky Rubio can't save them from the injury to Kevin Love. The team took a good gamble on Andrei Kirilenko this off-season, but the whole plan didn't come together because Love isn't on the floor.

Washington Wizards - John Wall makes the Wizards 1000 percent more watchable. Bradley Beal has instantly upgraded his production now that Wall is back, so the future looks a bit brighter for Washington. They set a goal for .500 at the beginning of the year, and there's no way they will reach it, but don't expect a tank job down the stretch. 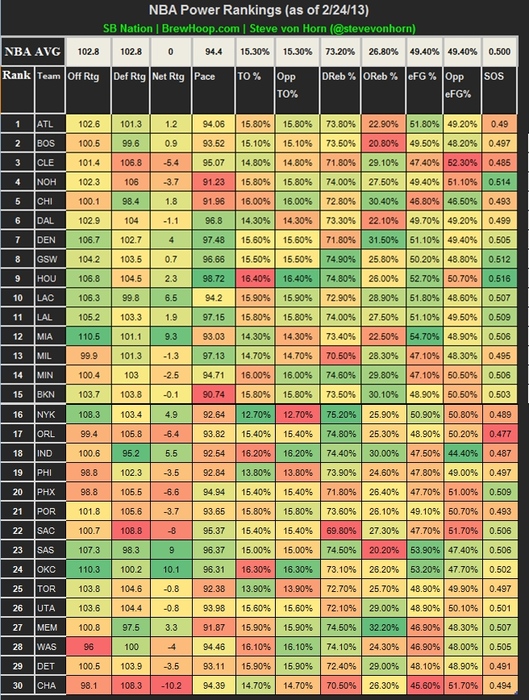 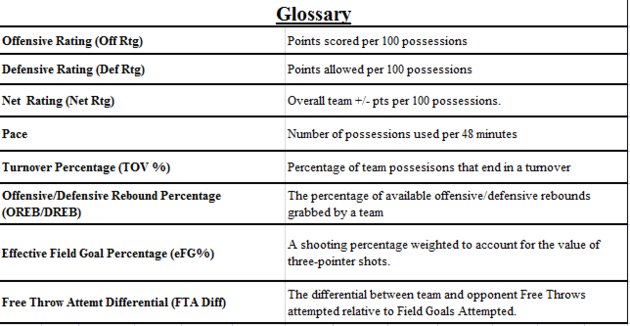