In a matchup of potential playoff combatants (we hope not), the Milwaukee Bucks will host the Miami Heat Friday night. Their last matchup at the BMO Harris Bradley Center was one of the Bucks' finest games of the season, but the Heat weren't riding a 20 game win streak at the time.

Share All sharing options for: Bucks vs. Heat Preview: Streaking in Milwaukee

Heat update. 20-0, and some shot charts from the streak: 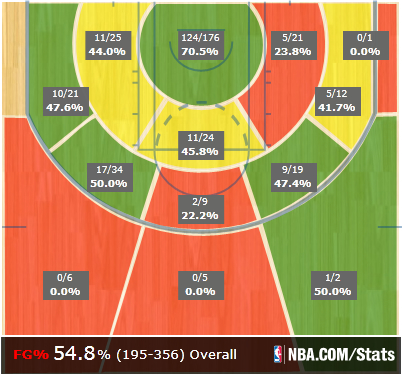 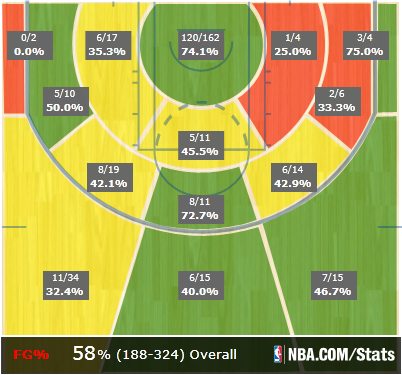 Help us Dr. Blocktapus. You're our only hope.

Things coming up Monta. Over his past 10 games, Monta Ellis has averaged 25.5 points (51% fg, 30% 3fg), 7.7 assists, 3.9 rebounds, and 2.7 steals, all of which are well above his season averages. In perfect Bucks-ian fashion, the team is still -.2 plus/minus with Ellis on the floor (also an improvement over Ellis' season plus/minus of -.5), and has a 6-4 record over that span that includes the same game-to-game inconsistencies we see when Ellis is playing poorly.

Still, as shown in the shot charts below, Ellis is on a tear at the rim, and consistently hitting a ton of those 15-20 foot jumpers he so loves. If anything, this is a case study in how a natural penetrator flourishes when playing next to shooters that are threatening without the ball in their hands. 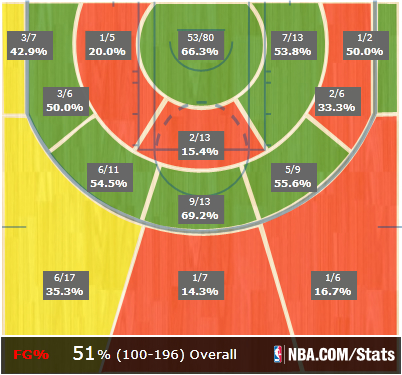 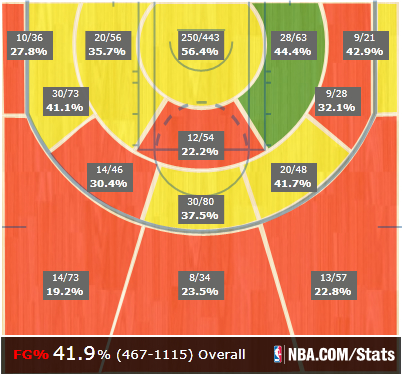 Injury report. Luc Mbah a Moute is expected to miss his second straight game with turf toe, which comes as rather bad timing. After all, if ever you could make use of Luc Mbah a Moute's defensive versatility, it'd be against LeBron and Wade. So while Mike Dunleavy was last seen starting in Mbah a Moute's stead, it appears Jim Boylan will counter the hulking presence of James by starting Marquis Daniels, the Bucks' other wing defender.

Bucks vs. Heat Gameday: Heat make it 21-straight with win over Bucks