2013 NBA Playoff Picture: Standings, Schedule and More for the East

The Bucks are in real trouble now that they've dropped the first two games of the season against the Atlanta Hawks.

Share All sharing options for: 2013 NBA Playoff Picture: Standings, Schedule and More for the East

A 98-90 loss to the Atlanta Hawks on Wednesday night puts the Milwaukee Bucks in a very difficult position for the rest of the season. By dropping the first two of their four regular season contests against Atlanta, the Bucks now would need to take the pair of remaining games just to avoid giving up the head-to-head playoff tiebreaker. Of course, by losing another conference game, Milwaukee has turned the secondary tiebreaker (conference record) into a scarcely beneficial tool as it is.

The Celtics are the only team close enough to matter that has lost the head-to-head tiebreaker against Milwaukee, which means they should become the center of attention for scoreboard watching. The Bucks will (likely) need an extra win over the Hawks or Bulls to pull ahead of them in seeding, and that is becoming less likely by the day just because time is running out to make up ground.

Catching Boston is probably Milwaukee's best hope to avoid the Heat at this point. Take a look at the remaining schedules and let us know what you think. 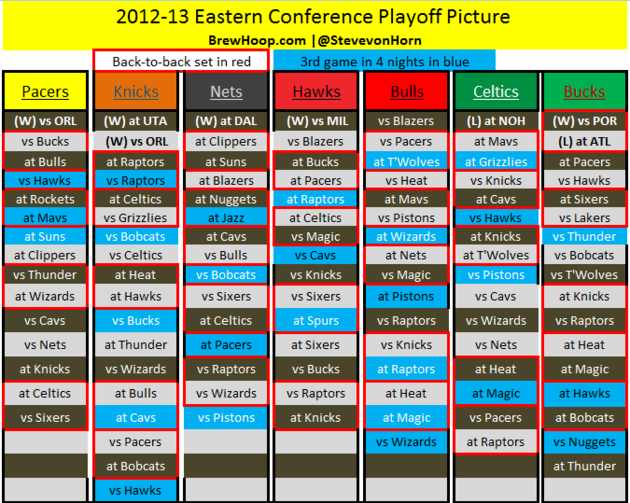 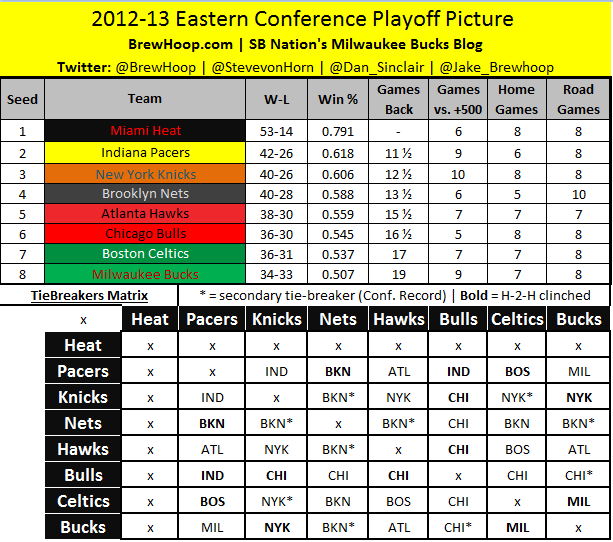