The Pacers and Knicks are battling for the No. 2 seed, while the Hawks, Bulls and Celtics are fighting to escape the No. 7 spot. The Bucks still lag behind and are on a crash course with LeBron and the Heat.

Another NBA Playoff standings update, another missed opportunity for the Milwaukee Bucks. The Boston Celtics dropped a road game to the Dallas Mavericks on Friday night, but the Bucks were too busy getting pumped by the Pacers to even notice. Milwaukee's second loss to the Hawks this season nearly puts Atlanta out of reach, especially when you factor in that the Bucks lost again to an Eastern Conference opponent.

The secondary tiebreaker in the NBA is conference record, and it is used when two teams tie their head-to-head season series. The problem for Monta Ellis and company is that they own the worst conference record (22-21) of any playoff team out East. In other words, Bango's bunch would need to make up an extra game to catch the Bulls or Hawks.

My only advice is to keep watching the Celtics. It's sad to admit that Milwaukee's best chance is to hope that the competition drops to their level -- the Bucks own the head-to-head tiebreaker over Boston -- but that's where we are right now. 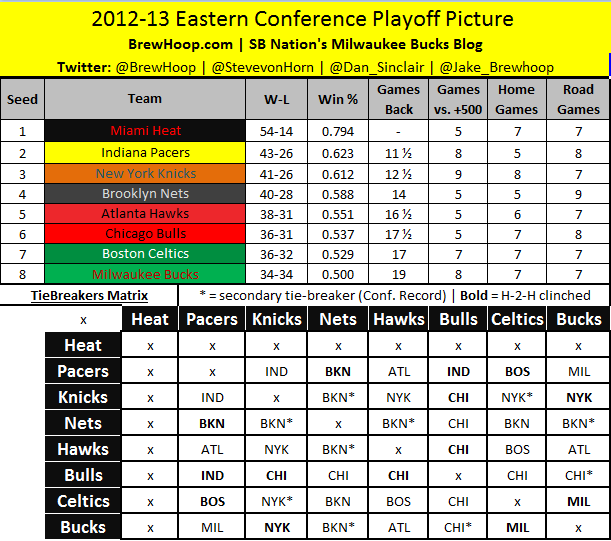 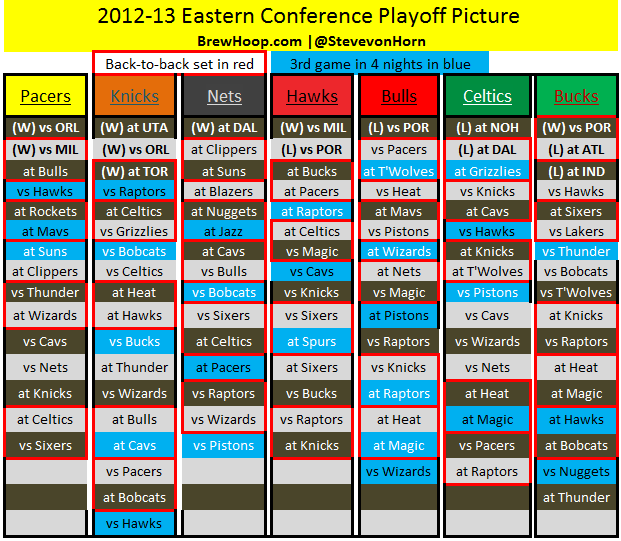