The 8th seed in the NBA's Eastern Conference has been a constant source of embarrassment for the past decade. The Bucks are primed to add to that trend this year.

Some streaks aren't pretty. The No. 8 seed in the Eastern Conference has posted the worst regular season record of all 16 NBA playoff teams for 13 straight seasons. Thanks to a depressing swoon from the Milwaukee Bucks in the final two weeks of March, that streak will likely be extended for another year.

Eight losses in the last 11 games by the Bucks means they are now projected by ESPN and Basketball-Reference statistical models to finish with more losses than wins in the 2012-13 NBA campaign. Below-.500 playoff teams transform into easy targets for criticism and ridicule when the post-season begins, and frankly they deserve the cock-eyed stares and callous cackles they incite from casual NBA fans.

It's prefectly acceptable for fans of those teams to feel mad or embarrassed. The Eastern Conference has created a top-heavy environment that has perpetuated this problem for more than a decade. A Western Conference eighth seed has not entered the post-season with a worse record than its East counterpart since the 1998-99 lockout-shortened year. The Rockets (41-41) finished two games worse than the Nets (43-39). Keith Van Horn was a second-year player for the Nets, Cuttino Mobley entered the league and Vince Carter won Rookie of the Year that season.

It's been a while since people have been forced to muster up respect for the last team in the East bracket. Over the last 15 years, West eight seeds have won 65 more games than their counterparts in the East. A comparison of cumulative win percentage amplifies the point, as the West is at a respectable .549 percent while the East lags behind at a gruesome .494 percent. The bar has been set artificially low in the East for too long. It makes you wonder how the slot has managed to retain value among teams like Milwaukee for the past decade. 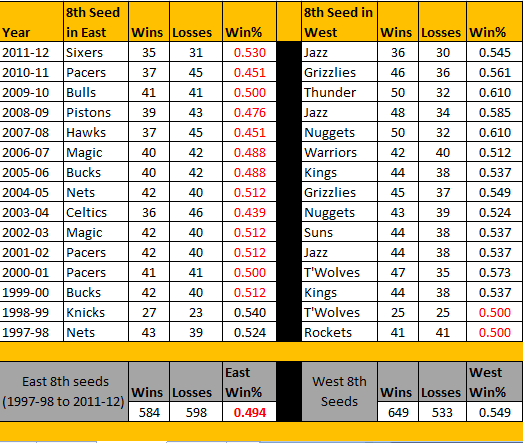 Here a look at the updated playoff standings, schedules and tiebreakers in the East. 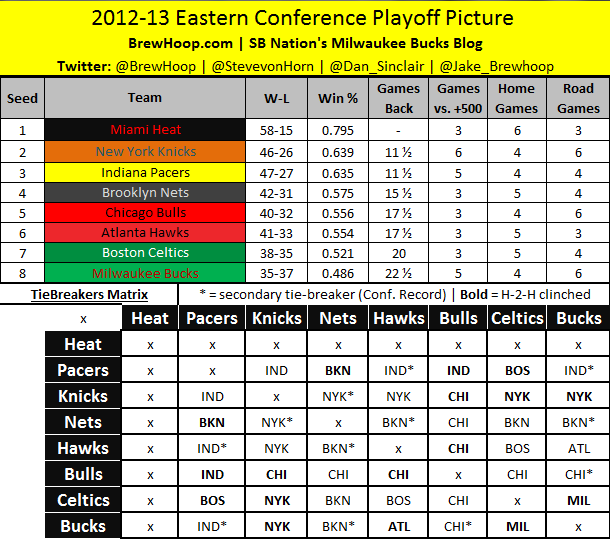 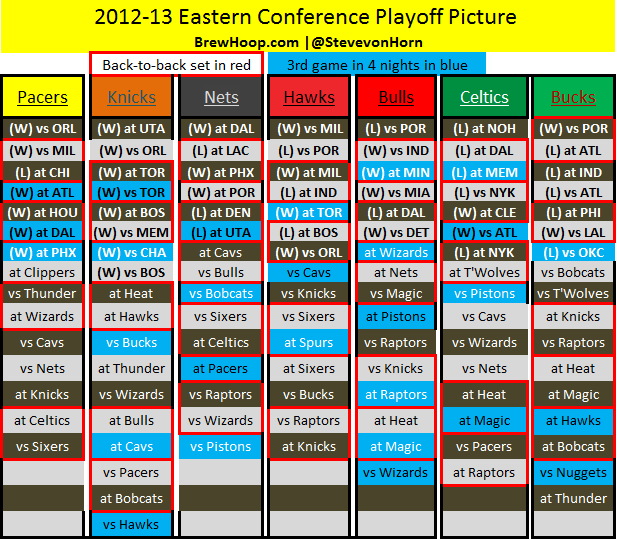