Talks are reportedly "live" between the Milwaukee Bucks and Los Angeles Clippers regarding a potential sign-and-trade scenario that would send J.J. Redick to L.A. in exchange for a package that features Eric Bledsoe.

So far, so good for John Hammond and the Milwaukee Bucks. The first day of the July Moratorium has passed without any news of a misguided long-term deal for a player past his prime, and although Milwaukee will lose Mike Dunleavy to the Chicago Bulls (NOOOOOOOOOOOO!), they are currently engaged in trade talks with the Los Angeles Clippers regarding a sign-and-trade deal that would send J.J. Redick to L.A. and bring Eric Bledsoe to Milwaukee (YESSSSSSSSSSS!). Here's what we know....

Talks between the Bucks and Clippers are "live," and a face-to-face meeting between Redick and the Clippers is "imminent," according to a report from Marc Stein and Ramona Shelburne for ESPN Los Angeles. With Chris Paul set to sign a max deal to stay in L.A., Bledsoe becomes a luxury for a team that still needs to fill holes on its roster to strengthen its potential as a contender in the NBA's Western Conference. The team needs a veteran shooting guard to pair with Paul -- they are also talking with the Dallas Mavericks about O.J. Mayo -- but they won't have enough money to sign Redick or a player of his ilk to a realistic deal in outright free agency. Meanwhile, the Bucks are primed to lose Redick for nothing in free agency, but if he's interested in joining the Clippers then Milwaukee can help him do it and get some form of value in return.

If these talks go well between Redick and the Clippers (Donald Sterling? Doc Rivers?), the Bucks could facilitate a sign-and-trade deal by taking on Caron Butler's $8 million deal for 2013-14 while picking up a nice young asset like Bledsoe. L.A. is under no real pressure to make a move, as they could simply roll with Bledsoe in the final year of his rookie deal at $2.63 million and wait to trade him at the deadline, but at this point they have more control over their options for what they could receive in return.

If Redick is deemed the perfect fit next to Paul, the Bucks could reap the rewards. It may take another piece to sweeten the deal (maybe Ekpe Udoh or Luc Mbah a Moute?), but that doesn't feel like a major obstacle. If it comes down to a draft pick or John Henson, that could be another story. For now let's hope that Redick charms the pants off the Clippers contingent, and vice versa, because mutual interest could create a new set of options for the Bucks this summer.

In summary, the most important free agent meeting for the Bucks will be between J.J. Redick and the L.A. Clippers.

Before you get too excited, remember that the Clippers are under no real pressure to make a deal right now:

And also keep in mind that Redick will have other offers on the table from suitors with a better cap situation:

Minnesota has 4 year offers out to J.J. Redick and Chase Budinger, sources tell Y! Redick is priority, but Wolves want to sign one of them.

For more analysis and chatter on the potential Bledsoe deal and the departure of Mike Dunleavy, check out our quick-hit free agency podcast episode:

(1) For PC And Mac Users - Listen to this episode. You can also listen or subscribe on iTunes.

Remember: They Can Take Our Dunleavy, But They Can Never Take Our Funleavy 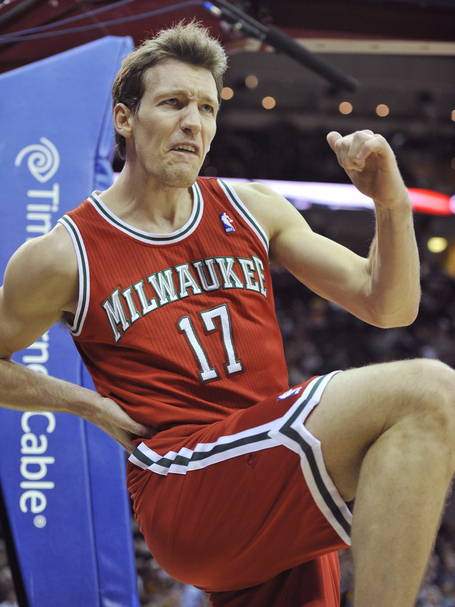