An upcoming matchup with the Los Angeles Lakers looms large for the Bucks. Meanwhile, the Sixers continue to push their losing streak to record-setting levels.

If eight consecutive losses, an injury to rookie guard Nate Wolters, and stagnation in Giannis Antetokounmpo's game have you feeling down, fear not Milwaukee Bucks fan. Just remember that the team with the worst record in the league is guaranteed to draft in the top four picks and also has a 65.3% chance of landing a top-three pick in the NBA Draft. Keep your eyes on the prize.

The shell of a team in Philadelphia is certainly designed to win that prize. The Sixers have dropped 25 consecutive games and pushed the franchise closer to making history, but a string of losses by the Bucks has kept Milwaukee in firm control of the top lottery odds. I'll take it.

Philly needs one more loss to tie the single-season NBA record for consecutive losses set by the Cleveland Cavaliers in 2010-11, and with the Rockets next up on the schedule there's a great chance the Sixers will eventually play to break the record against Brandon Jennings And The Dumbass Pistons (their official name). Do you feel the tension building?

Here's a fun fact: if you add up the win totals of the Bucks (13), Sixers (15), and Magic (20), you can match the Rockets (48) and qualify for the fourth seed in the Western Conference playoff bracket! As for the Sixers, let's just say it's been a while since they last won a game.

Laugh all you want, but the harsh truth is that (a) an historically awful team hasn't been able to make up much ground on the still battling Bucks, and (b) Philadelphia is well positioned to take advantage of any winning streak the Bucks could go on down the stretch. The battle for the freedom to choose between Joel Embiid, Andrew Wiggins, and Jabari Parker will continue.

With that thought in mind, Milwaukee's upcoming matchup against the Lakers suddenly seems important. There aren't too many clearly winnable games still on the schedule, but this is one of them. Heck, the Lakers have tanking considerations of their own, as L.A. is sandwiched between the Celtics and Kings with the sixth-worst record in the association. The Lakers and Pistons are the worst teams left on Milwaukee's schedule, and both squads will also be weighing the long-term benefits of accepting a few extra losses before the season ends.

L.A. has officially been eliminated from the playoffs (surprise!), and the team is on track for the worst season in franchise history, but I think Kobe Bryant has the right attitude about the whole process. Here's what Kobe recently told ESPN's Darren Rovell (quotes via LakersNation.com):

"If you're going to fail, I guess fail and be the best at it."

"It's important to try not to beat ourselves up about it. It is what it is. We've been decimated by injuries, but now it's time to regroup and look ahead and start strategizing as an organization. Alright, how are we gonna turn this thing around?"

If the draft is on your mind, be sure to also check out Tom Ziller's excellent piece on self-serving college coaches and the deficiencies of the controversial one-and-done rule:

Many players benefit from college experience. Damian Lillard never made an NCAA tournament, but his small conference seasoning helped him come into the league a fuller player. But Lillard never really had an opportunity to guarantee himself millions by entering the NBA early. College worked for him. It allowed him to develop and display his game to the point where an NBA team felt comfortable using a high pick on him. College worked for Jimmer Fredette, too. (Did it work for the team that drafted him No. 10 overall? Nope.) It worked for Doug McDermott, who will be a high pick despite Creighton's Sunday loss. It's worked for scores of current NBA players.

But it didn't really do anything for Andrew Wiggins or Jabari Parker, who would have gone Nos. 1 and 2 last year if the age minimum didn't exist. It didn't do anything for Marcus Smart, who passed up being the likely No. 2 pick a year ago, only to get suspended for pushing a heckler and got booted out of tournament early. It doesn't look like an extra year with Ol' Roy Williams did much for Harrison Barnes, who amazingly looks less polished than Andre Drummond right now. Kyrie sure doesn't seem to have needed much Coach K.

Those other coaches -- the Boeheims of college ball -- believed their own bullshit, that the stars needed them. Wrong. The stars needed a year to camp out before entering the draft, and the Boeheims and Krzyzewskis and Selfs and Roys all beg for the privilege of being the host. Only Calipari acknowledges the power of the relationship lies with the players. That he moves on to next weekend while the others stay home is some sort of righteous cosmic justice. 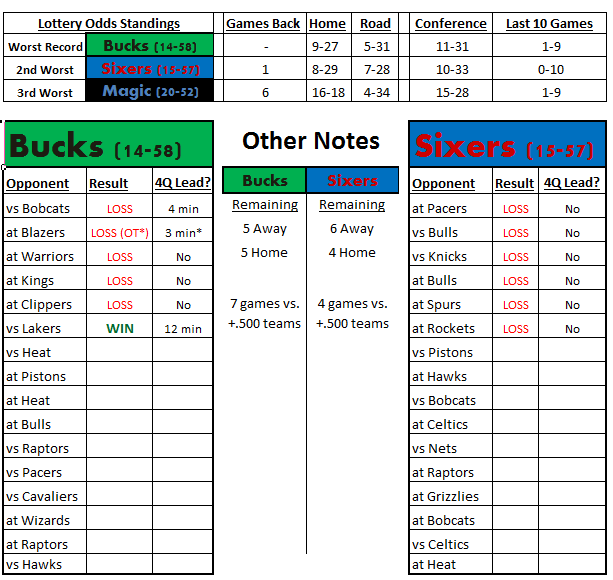