Check out how the prospect rankings have changed at ESPN and DraftExpress from the beginning of the NCAA season to the day before the 2014 NBA Draft.

Share All sharing options for: NBA Draft Rankings Evolution at ESPN and DraftExpress

I can think of no better way to summarize the potent mix of optimism and confusion at the top of the 2014 NBA Draft board than to highlight the two articles I read on ESPN the day before the draft. In the first piece, Chad Ford reaffirmed his commitment to Andrew Wiggins as the best pro prospect in the class and simultaneously dropped Joel Embiid out of the top three (for the first time since November) in his final big board (while still noting: "based on pure talent, Embiid has the chance to be the best player in this draft").

Roughly three hours later, Kevin Pelton posted what amounts to his long-form explanation for why Wiggins ranked 19th in projected WARP within this draft class. In an article titled "Andrew Wiggins is Rated Too High," Pelton lets Wiggins' production make the case against him ("his translated performance at Kansas put him in the top quartile of only one of the 10 core skill statistics I consider: free throw rate") and then addresses the power of high school hype ("teams put too much value on how prospects rated entering college"). Pelton's conclusion brings the key issue into focus: "the most likely outcome for Wiggins at this point looks more like quality role player than star. That would concern me if my team were drafting him with the No. 1 pick."

Your perception of this draft class likely hangs in how you absorb and react to the conflicting messages from these two stories. If you believe in Wiggins taking a big leap forward at the next level, the injury to Embiid may not affect your view of the strength at the top of the draft. If you're more statistically inclined and you pore over the projection models, a draft lacking a healthy Embiid probably scares you. Who's the potential franchise-changer when every safe pick transforms into another mystery box? If we're all being honest, we're probably letting our hearts decide at this point.

However, perceptions can change in an instant when draft day draws near. The DraftExpress big board has evolved since I posted a piece on it just two days ago. Clint Capela has risen even higher in the rankings, shooting from No. 17 to No. 11 overall. James Young's drop to No. 24 on the DraftExpress Top-100 has suddenly become a free fall to No. 30. Also of note: Julius Randle slipped out of the top five for the first time this season, Jusuf Nurkic crept up to No. 6 and Elfrid Payton leapt from No. 23 to No. 15. Keep in mind that all of these massive changes were formalized over the course of two days. I've included the current Evolution of the DraftExpress Big Board graphic at the bottom of this post so you can compare it to Chad Ford's big board(s) from ESPN.

In visualizing the revisions to the ESPN rankings from November to June, the first thing that pops out is the introduction of UCLA guard Zach LaVine into the top-10 range back in December. This decision fascinated me at the time, and since that initial rankings post I've managed to talk myself into LaVine as an interesting upside play in the middle of the draft. His athletic tools are off the charts, he played some point guard before he sprouted into a prospect with NBA SG size and he's even flashed some shooting potential in limited play. His statistical profile isn't very encouraging, but I look at it like this: if the scouts are right about the potential value of projectable physical tools, I'd rather bet a smaller sum on LaVine maybe making an All-Star game than bet the farm on Wiggins climbing a steeper curve to superstardom. DraftExpress has LaVine stuck down at No. 31 overall, so I may be out in the wilderness on this one. If my theory doesn't resonate with you, it's because I'm talking crazy. That's what happens when you think about the draft for too long.

A recent riser on the ESPN board has me feeling a lot more confident. Chad Ford hasn't been afraid to put two feet firmly on the Elfrid Payton bandwagon in recent weeks, and Payton is a small school prospect who has produced a favorable statistical profile from Layne Vashro's EWP model—which has done well projecting point guard prospects in the past. Ford has noted on multiple occasions that Payton emerged as an elite guard prospect in the workout circuit and convinced some execs that his combination of length, quickness and competitiveness is enough to overcome concerns about his shooting. I like Payton quite a bit, and I hold out hope that the Bucks could swing a deal for a mid-round pick to scoop him up, so the rising stock of Payton on ESPN puts a smile on my face. Remember that Payton also jumped from No. 23 to No. 15 on the DX board. I think the secret is out by now.

Getting back to LaVine and players who generate stronger disagreement between ESPN and DraftExpress rankings, here's a quick rundown of the other important divergences to get you ready for the final cycle of NBA Draft debates. Be sure to check out the full versions of the ESPN and DX rankings below. 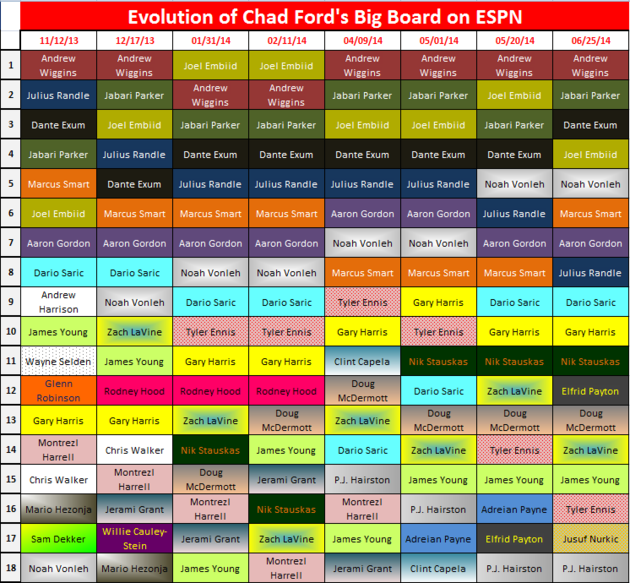 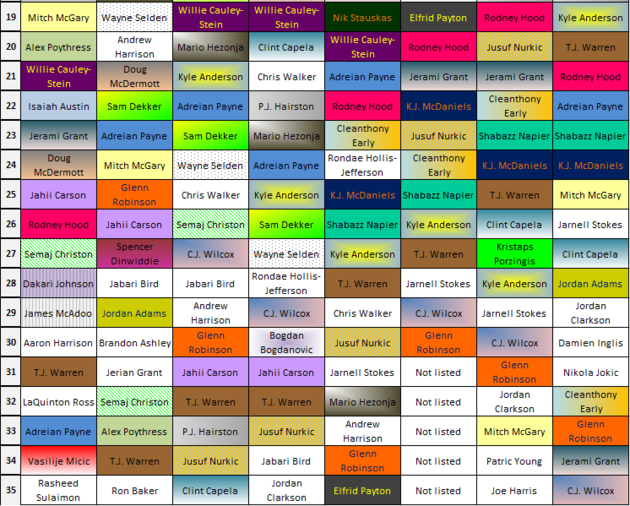 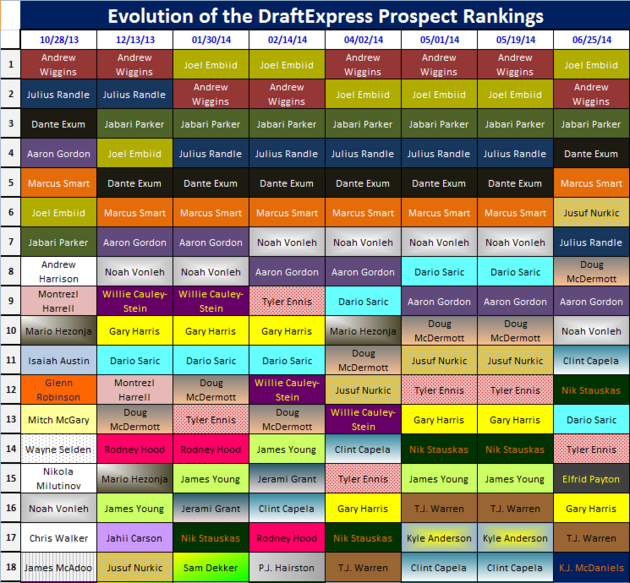 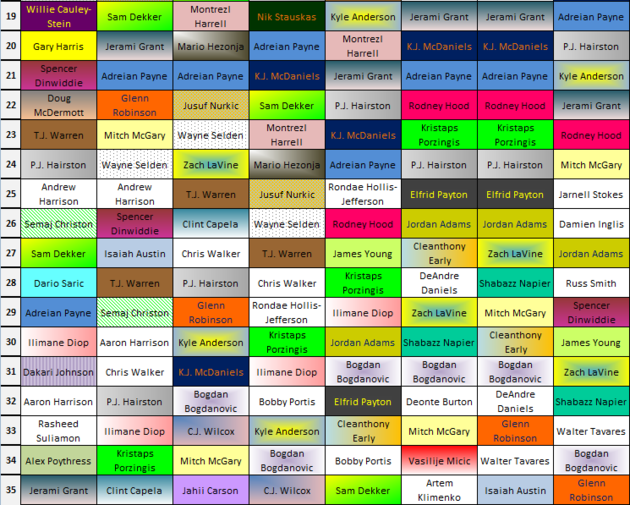