Counting down the Milwaukee Bucks' most valuable assets - Miroslow Raduljica

Milwaukee's most imposing figure is the next player voted out.

Share All sharing options for: Counting down the Milwaukee Bucks' most valuable assets - Miroslow Raduljica

We're counting down the most valuable assets on the Milwaukee Bucks' roster, one by one, to get a clear picture of which players Bucks fans view as the most valuable on the roster. So far we're seen the departures of a high-priced chewing guard, a guy nobody has seen in like 12 months, and a future SlamBall All-Star.

The next player to go on the list is second-year center Miroslav Raduljica, who signed a three-year deal (final season unguaranteed) worth about $4.5 million last summer. Little was known about the 26-year-old rookie from Serbia, but two things were quickly apparent: the dude was very large, and he was all about Harley-Davidson.

It was strange to watch Raduljica's season unfold with almost no expectations and maybe even stranger when he wasn't half bad, at least offensively. Raduljica wasn't afraid to throw his considerable bulk around under the basket and showed surprisingly good touch around the rim. Those unfamiliar might be tempted to write off Raduljica's 54.0% shooting as a by-product of attempting nothing but point-blank gimmies, but only 4% of his shot attempts were dunks. All told, Raduljica's 15.3 PER ranked in the upper echelon of a very forgettable rookie class.

But man is he slow. There was rarely a time Miroslav wasn't the slowest player on the court, and not just end-to-end. He simply didn't look capable of keeping up with the constant movement and positioning adjustments required in modern defensive schemes, and his defense suffered mightily as a result. Raduljica's offensive skill makes him an intriguing prospect, but the significant defensive limitations (coupled with generally below-average rebounding) likely restrict him to a minor bench role at most. Zaza Pachulia might have a much larger salary, but he at least provides some reliable production and a positive locker room presence. 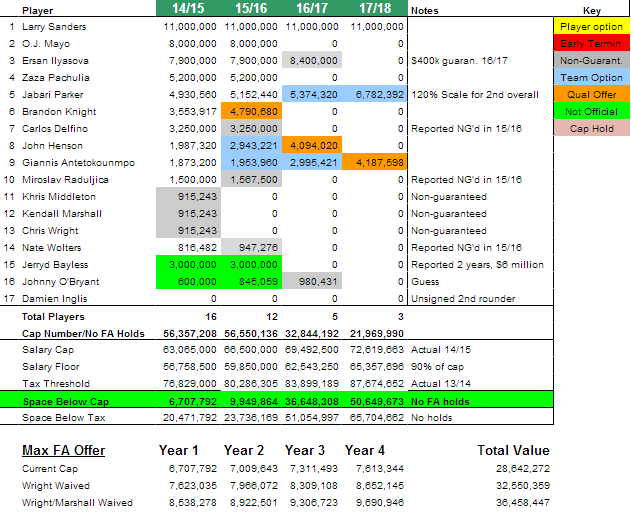