Aside from two games on NBATV, the Bucks will not be shown on national television a single time.

Schedule release day is here, and with it comes the answer to the annual question: Where will the Bucks be traveling to open the season?

That's right, for the 30th consecutive year, the Milwaukee Bucks will open the NBA regular season on the road. They'll travel to Charlotte to take on the Hornets on Wednesday, October 29th. The game is also Charlotte's first of the season. They then return to Milwaukee for their home opener on Friday, October 31 against the Sixers. 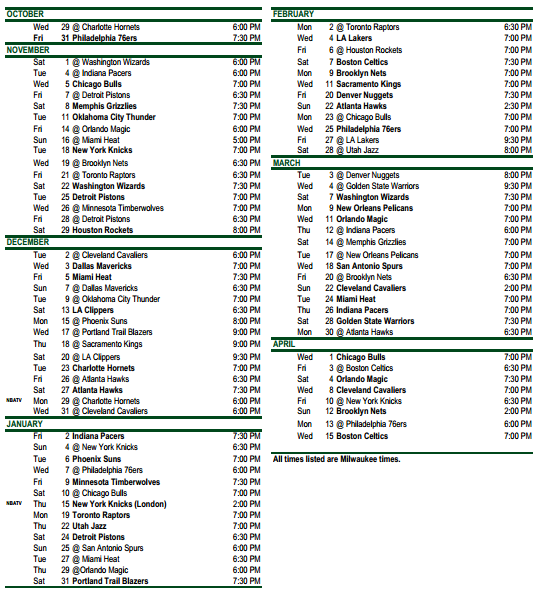 Here are some other notable games and notes from the schedule: