VIDEO: Giannis Antetokounmpo slams and stars for Greece in 70-56 win over Turkey

Share All sharing options for: VIDEO: Giannis Antetokounmpo slams and stars for Greece in 70-56 win over Turkey

Giannis Antetokounmpo made his return home to Athens a memorable one.

Playing on home soil for the first time since being named to the Greek senior national team, Giannis helped lead Greece to a 70-56 exhibition win over Turkey on Wednesday, scoring a game-high 12 points (5/10 fg, 0/2 threes, 2/2 ft) to go with six rebounds and two steals in 22 minutes off the bench. Antetokounmpo's activity on both ends was a major factor in both halves, disrupting passing lanes on one end and repeatedly flashing to the hoop for buckets on the other.

The steal and slam above was no doubt the game's highlight, though Giannis generally played well and showed a good rapport with Grizzlies guard Nick Calathes, who returned from suspension to tie Giannis with a team-12 points in addition to four assists. Here's Calathes finding Giannis trailing on the break: 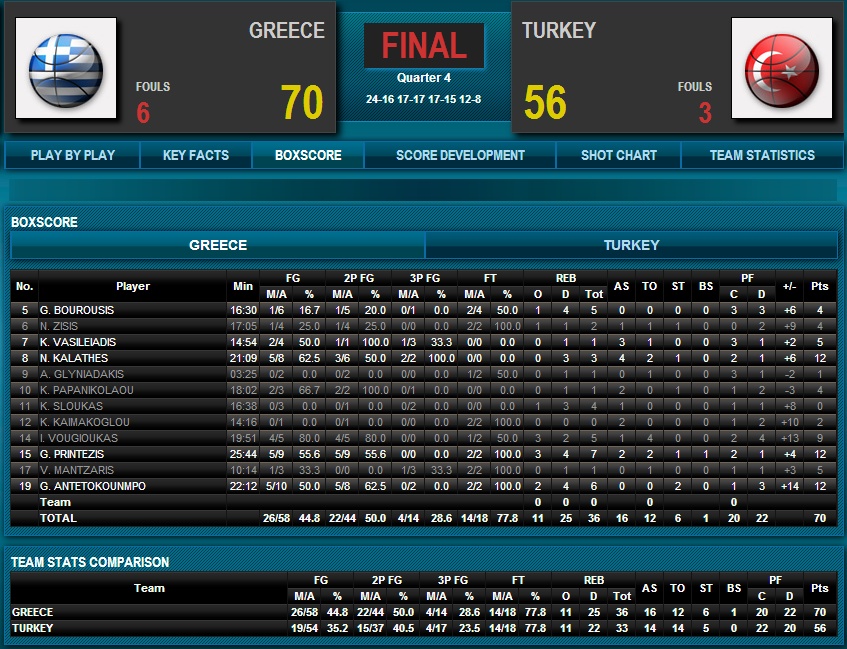