Before they face their first NBA training camps, it's custom for the league's rookies to get their equivalent of class yearbook day with the NBA's annual rookie photo shoot. The culmination of the NBA's rookie transition program, it's a chance for the kids to try on their new threads (note the new uniform font size on the front of the young Bucks' jerseys), chat with Reddit users, goof around for the camera, and ogle their first basketball cards. SMILE EVERYONE:

Jabari Parker looks positively thrilled just to be there (back right), Damien Inglis joined Joel Embiid in the "French speaking guys wearing walking boots" club (right edge), and Johnny O'Bryant III is buried on the back left side next to fellow SECer Julius Randle. Good times. As for the rest of the day, here's your Twitter embedded summary:

He did this himself! @JabariParker has a 2nd career as an artist. For more, check out our "NBA" snapchat #NBARooks pic.twitter.com/QCwaa9eMdd

And while Zach LaVine, Glenn Robinson III and Andrew Wiggins were holding an impromptu dunk contest, Jabari was of course being more, well, boring. C'mon Jabari, WE KNOW YOU CAN THROW DOWN.

OK, I suppose that was somewhat impressive...and lefty, too.

JOB3 had the right idea, even if he only seemed to be moving at half-speed:

As for Damien, the boot on his broken right foot meant no high-flying Vines...and apparently he didn't want to hear about it.

Thankfully he's still on track to be ready for camp, and his photo gallery from the day reiterated that he's already got the NBA body of a guy well beyond 19 years old.

Other highlights from the weekend: 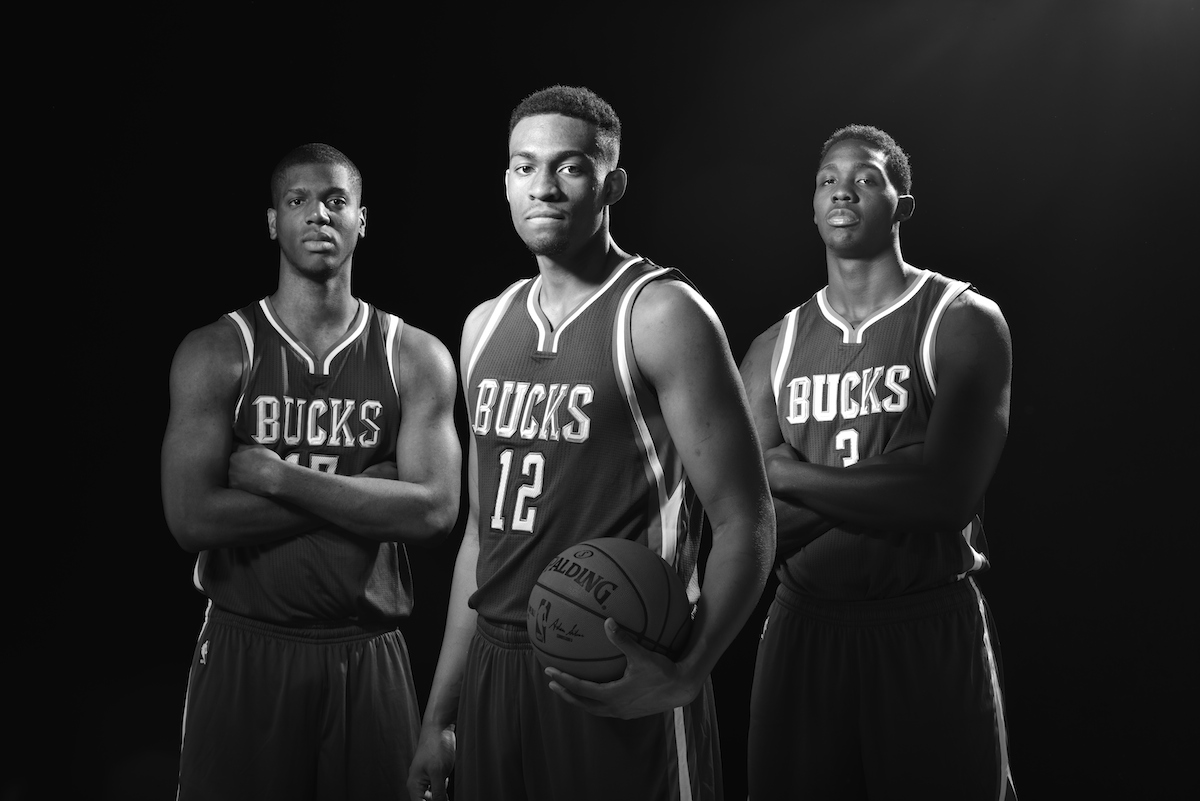