The Milwaukee Bucks begin their 2014-2015 season today as they host media members from all across the state for Media Day from 12:30 to 2:30 CT. Lots of folks have been waiting for this day since the end of Summer League--or even as far back as last April--and it has finally arrived.

For starters, here's the official camp roster, which features everyone you'd expect plus D-Leaguers Elijah Millsap (brother of Paul) and Micheal Eric as token camp bodies. All told, 18 will enter camp but only 15 will make it to the opening night roster. 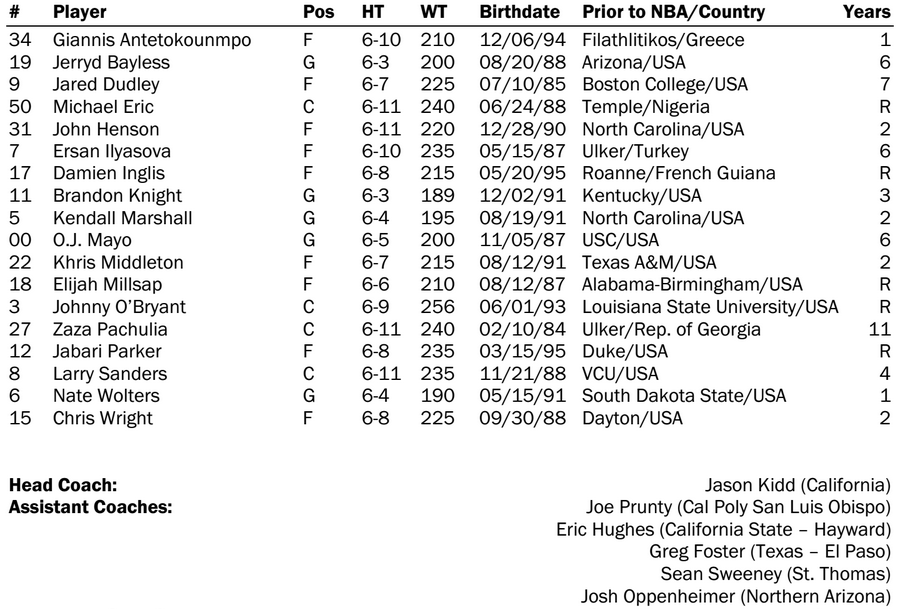 Media Day is a lot of fun, but there can also be a lot of news, quotes and pictures to keep track of at once. With that in mind, we've brought back our handy Twitter thread feature, which takes all the tweets from the media, team staff, and players and puts them into one convenient, live-streaming location for you. Translation: just keep this page open during the day and you won't miss a thing below:

In addition to the usual Media Day festivities, the Bucks announced that they would be taking part in a team AMA on NBA Reddit throughout the afternoon. Fun!

We'll also have plenty of coverage here as well as on our Facebook page (like us!) throughout the day, so make sure to keep your Brew Hoop tab open (not that you weren't doing that already), give us your thoughts in the comments section, and let us be the first to say welcome back to Bucks basketball.