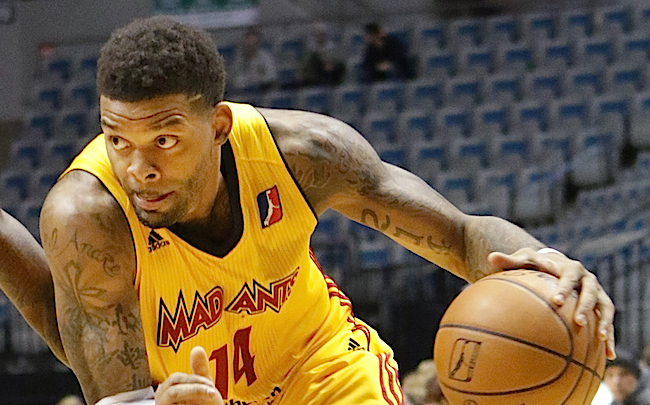 I heard earlier that the Toronto Raptors will be introducing their own D-League team to the NBADL this upcoming season, and I started to wonder how valuable that would be for them.

Since its inception, the D-League hasn't really done much to warrant itself the name of "development league," as the majority of players either a) never play in the NBA, or b) get called up and don't really do anything. The system in itself is actually really odd, with 18 teams owning their own D-League squad and 12 (including the Bucks) sharing the Fort Wayne Mad Ants.

If you are a fan of sports like baseball, hockey, or soccer, you've probably witnessed the value a true development team can offer. When players get drafted who have the raw potential to be a contributor but lack the skills to play today, they get sent to lower systems where they can learn and progress until they are ready. In the NBA, sometimes this is really needed (CJ Watson, Avery Bradley, Jeremy Lin) and sometimes, not so much (GIANNIS).

Overall, I've come around to believing that if used right, the NBADL could actually turn into a legitimate, low-risk option for teams to curate and train their own players. Here's a few reasons why:

Learn the System From Day One

One of the biggest failures of the D-League is the lack of consistency from level to level. For example, if the Bucks sent Rashad Vaughn to Fort Wayne for a month or so to "develop," he would be playing in a completely different and unique system from the one the Bucks and Jason Kidd play. So really, all Vaughn is doing is playing in slightly more competitive scrimmages with a bunch of NBA dropouts. How much good is that doing?

On the other side, imagine the Bucks owned a D-League team, say, in Madison. John Hammond and Jason Kidd could hire a coaching staff and install the system Kidd uses. In this scenario, when Vaughn goes to the D-League team he is playing in a system that he would actually be playing in the NBA, meaning he is in the same type of role (but more involved on that level).

That would actually benefit him far more than just playing what amounts to games of "21" in Fort Wayne for a few weeks. Hell, maybe even a full season on the D-League level, with the occasional call-up, would be beneficial as he could probably play 30+ min in the same system.

Note: You could argue that teams like Golden State own their own D-League team but no one comes up from it. Part of that could be lack of consistency, since NBA coaches are In-and-out so quickly, no clear systems are ever installed on the development level. If Hammond felt Kidd was the guy for the next 5 years, then implementing his system would make sense.

Change How You View Scouting and Free Agency

Second round picks in the NBA draft are almost meaningless. Unless you are picking in the 31-38 range (players who could have been 1st rounders) it is far more likely that your selection ends in somewhere in China than on your bench. While there are usually many upperclassmen available in the second round, there are also young players that are just super raw. Unfortunately, these players are selected (or not) but aren't always given the opportunities to figure things out.

That's why second round picks typically flame out: it isn't necessarily due to lack of potential or talent. Sure, some suck, but many have trouble quickly as they are expected to learn a system on the NBA level and if they can't contribute, they are gone.

If you had a D-League team you could send your second round selections, undrafted free agents, and even less productive vets to, they would finally be in a system aimed at cultivating their talent, teaching them a system, and progressing them towards the first team. Who knows, maybe you could even rely on your D-League team instead of free agency when searching for a deep bench piece or limited role player. You could even store some of your favorite summer league players there.

Yeah, most say that the NBADL will never be valuable, but consider this: the Bucks already have a D-League affiliate in the Mad Ants. Unfortunately, that affiliation doesn’t currently amount to anything. Maybe having their own team could.

Side note: If the Bucks had their own D-League team, what city would you want them in and what would you call them?